Now reading: TRAVEL AND STAYS AS A LOVE: ADVENTURE AND “I LOVE YOU” STORIES!
Share
PrevNext

Life on our planet Earth is not a long calm river; one does not live there on love and fresh water! We work hard to live our life more or less well and from time to time afford a moment of respite, a romantic getaway, a romantic getaway. With the approach of summer, a short break is essential to find yourself and recharge your batteries. It is great to take a vacation, to take a few restorative and loving breaks, which are just as vital for our balance and our well-being in love. And vacation periods are made for that: bite into life to the fullest, wisely short-circuit the murderous routine of everyday life! YESforLOV invites you in this article to invent your own road-trips from scratch, to get off the beaten track, to go from village to village, from terroir to terroir, from museums to abbeys in search of new adventures. Discover here our most beautiful travel destinations as a couple. Go to meet all these small and large corners of France and Navarre which are constantly renewed or to discover more distant lands across Europe and the world if the budget wants to follow. It's a great bet to take on for this summer already on track and, for sure, the winning ticket for open-hearted sentimental rides.

Why go as a couple and how to organize your romantic getaway? 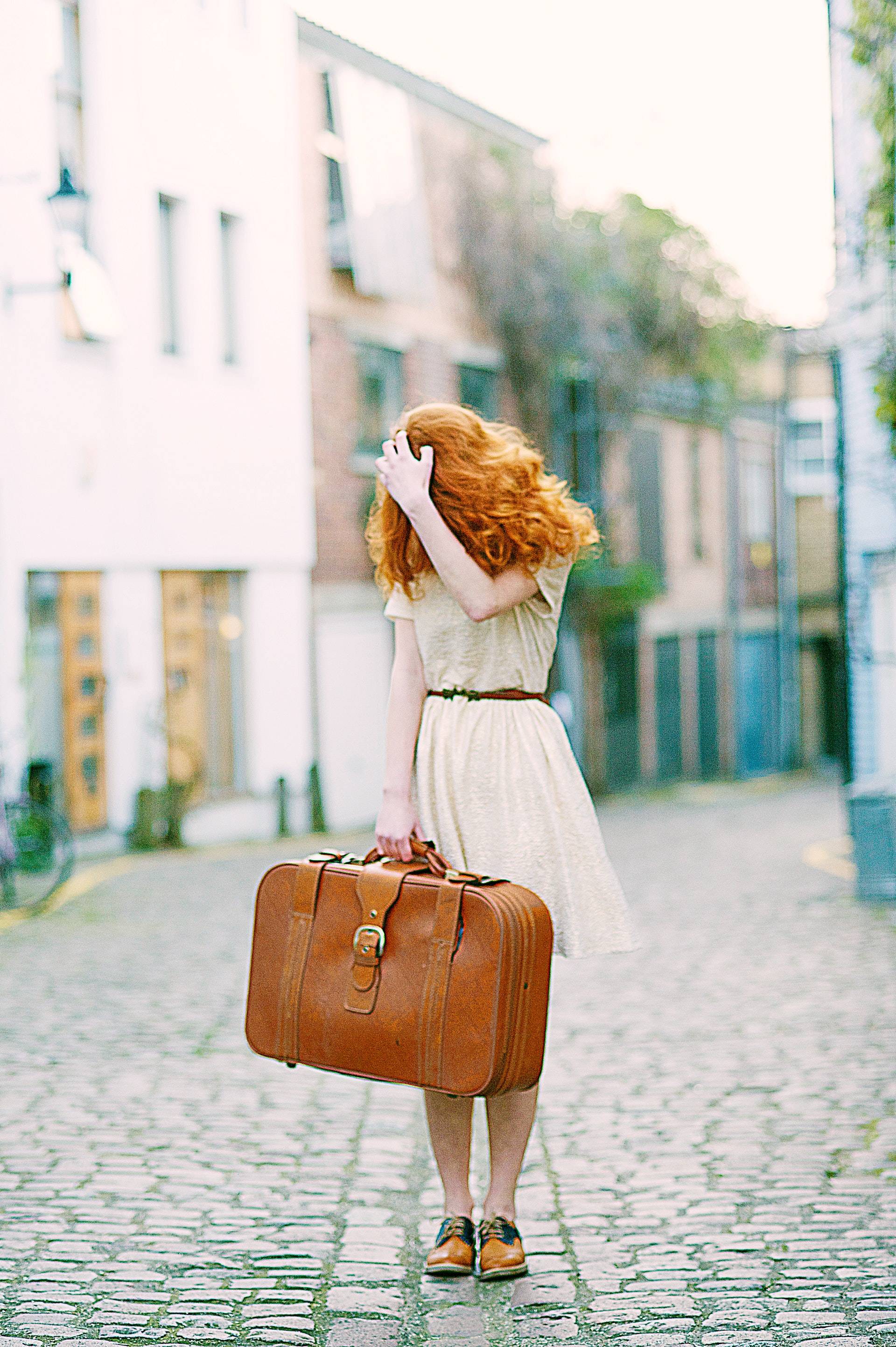 The trip as a couple is a common project that makes you dream and helps to strengthen the complicity and the bonds of the couple . It is with two that you will have the happiness to program it and to live it. Let go and give free rein to your craziest desires for escape... A romantic trip is a very strong signal sent to the routine of a daily life held hostage by professional and family imperatives: At the key in the starting blocks -blocks, exciting adventures , disrupted habits, renewed desires, learning about oneself and the other , fulfilled fantasies , and mind-full memories to share together.

However, taking the time to live these “love getaways” is not as simple as it seems. However, there is no question of giving up the travel ideas that are bubbling up in people's heads! If the trip can be perceived as a relational accelerator: "it makes or break it", we are keen to give you some advice and tips to prepare your trip in the best possible way:

Lovetrotters: 7 tips for organizing your trip as a couple

The key figures on travel as a couple. Did you know ?

THE account is good and it's time to let yourself go, to daydream a little while waiting for D-Day. Be patient even if the hands of the clock no longer turn fast enough in the euphoria of departure. In this “love struggle” desired for two, freely chosen, it will soon be a joyous farewell to the daily routine. For the time being, it is floating here and there in the house that has not yet been deserted, a hell of a wind full of freshness of an overpriced and dearly acquired freedom… You have well deserved it!!

Depending on the tight budget or a little less, it will be the car, the motorhome, the bus, the train or the plane! If you want to travel responsibly and do ethical tourism , we recommend that you travel by bike or on foot with backpacks for the good of our planet.

It is by far the best way to meet the small and large unusual treasures of France while respecting nature and the challenges of local development. 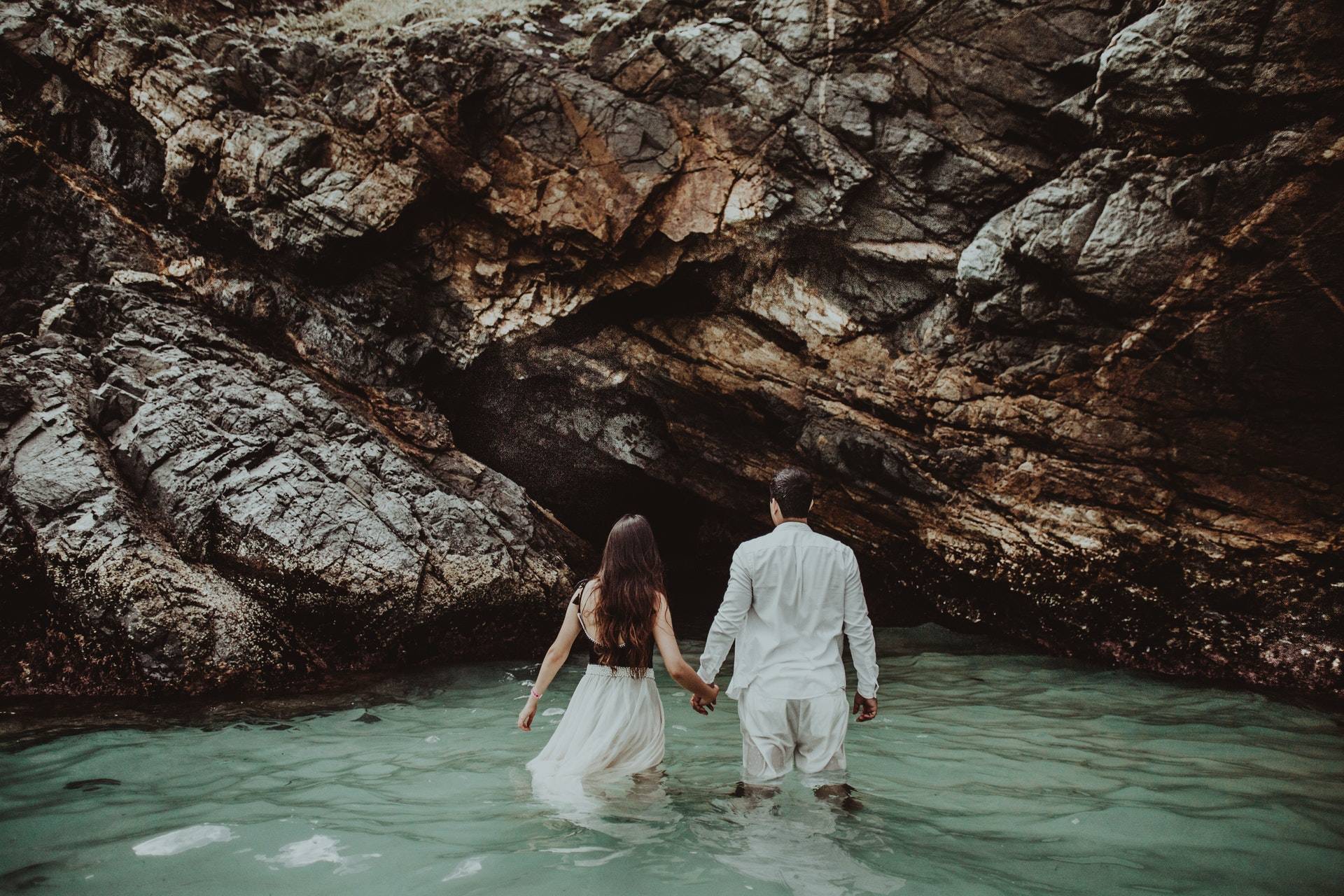 Love trip across France: our best travel destinations for couples.

For a weekend, for a week or a few more days, it's time to take to the countryside to recharge your batteries and replenish your energy in walks full of charm and freshness in our beautiful France. For you, some ideas for itineraries to build as a duo: regions so authentic in their flavors of yesteryear and in their history:

Welcome to the city where all love is possible. Located a few dozen kilometers from Geneva, Annecy is a small paradise for lovers of wide open spaces 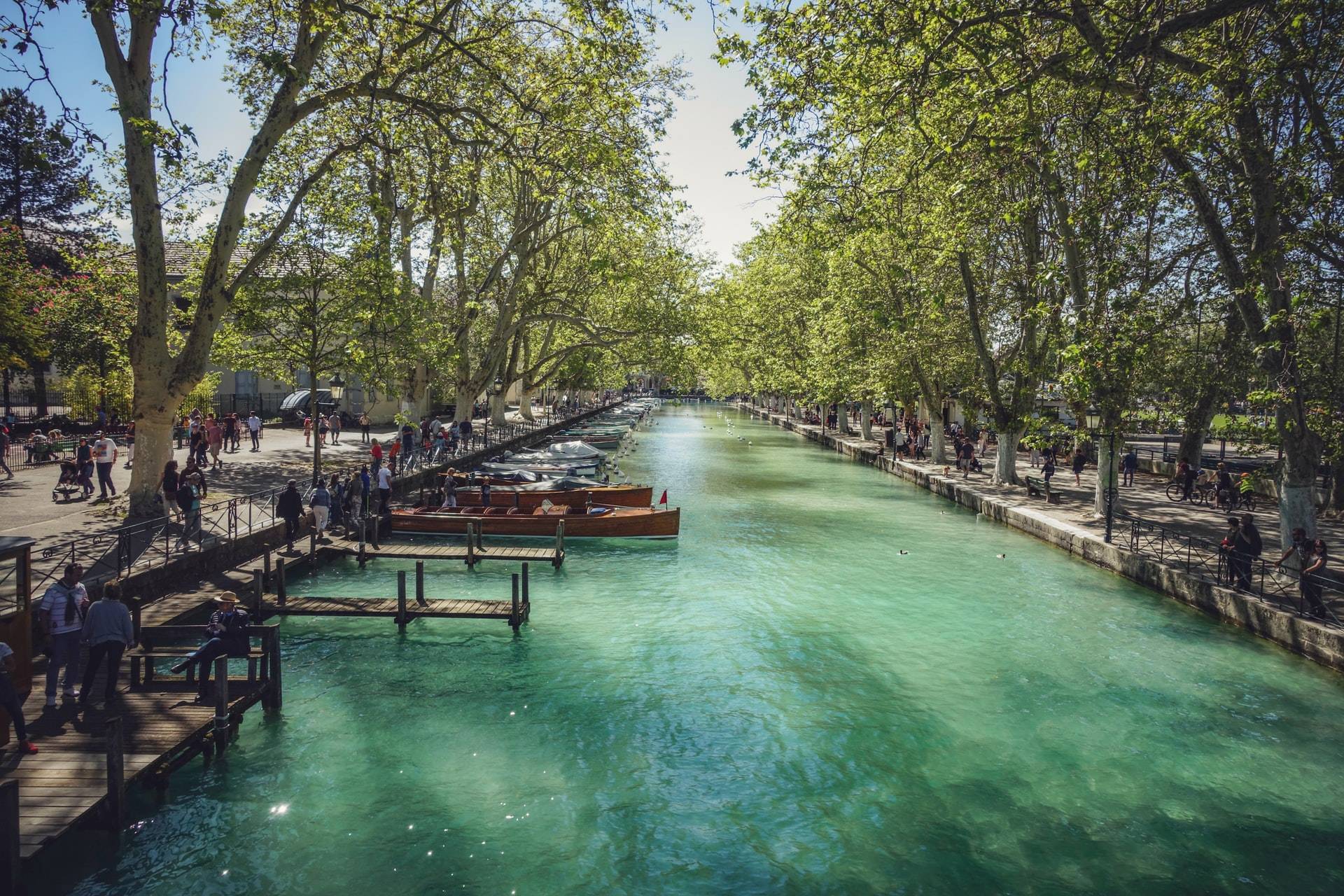 From spring to autumn, it's great with the added bonus of the Lake Festival and its fireworks in August, the descent of the mountain pastures in mid-October in the heart of the old town, the must! If you like hiking, leave the main roads and take the small paths to discover higher in altitude, around Annecy, the mountains of Haute-Savoie so accessible: whether it is the Tournette, the Semnoz, the Mont Veyrier, the Col de la Forclaz or the Parmelan, these unusual places will take you with a few welcome drops of perspiration to new panoramas worthy of the most beautiful postcards. As a bonus, you can even decide to camp or spend the night in a refuge to taste potato fritters. The excitement will be there, that's for sure! 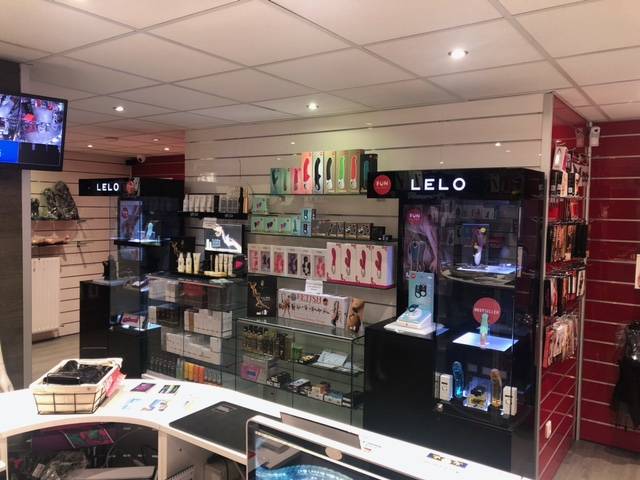 Stroll through the heart of the old town and come and visit our friend Thierry who runs the prettiest love shop in our Haute-Savoie capital: you will stock up on YESforLOV sensual cosmetics, intimate toys and you will ask him all the any questions you want!

Always available Thierry! and there is no doubt that he will give you, with the products, the most appropriate answers.

Are you looking for Thierry's address? Meet at Magic Eden at 5 Boulevard Bellevue, 74000 Annecy.

Before closing this beautiful romantic getaway, head to the Pont des amours to seal your love there with a padlock. Between the charm of the canal and the boats along the quay, the superb panorama is conducive to kissing. Moreover, legend has it that lovers who exchange a kiss in the middle of this bridge are bound for life! 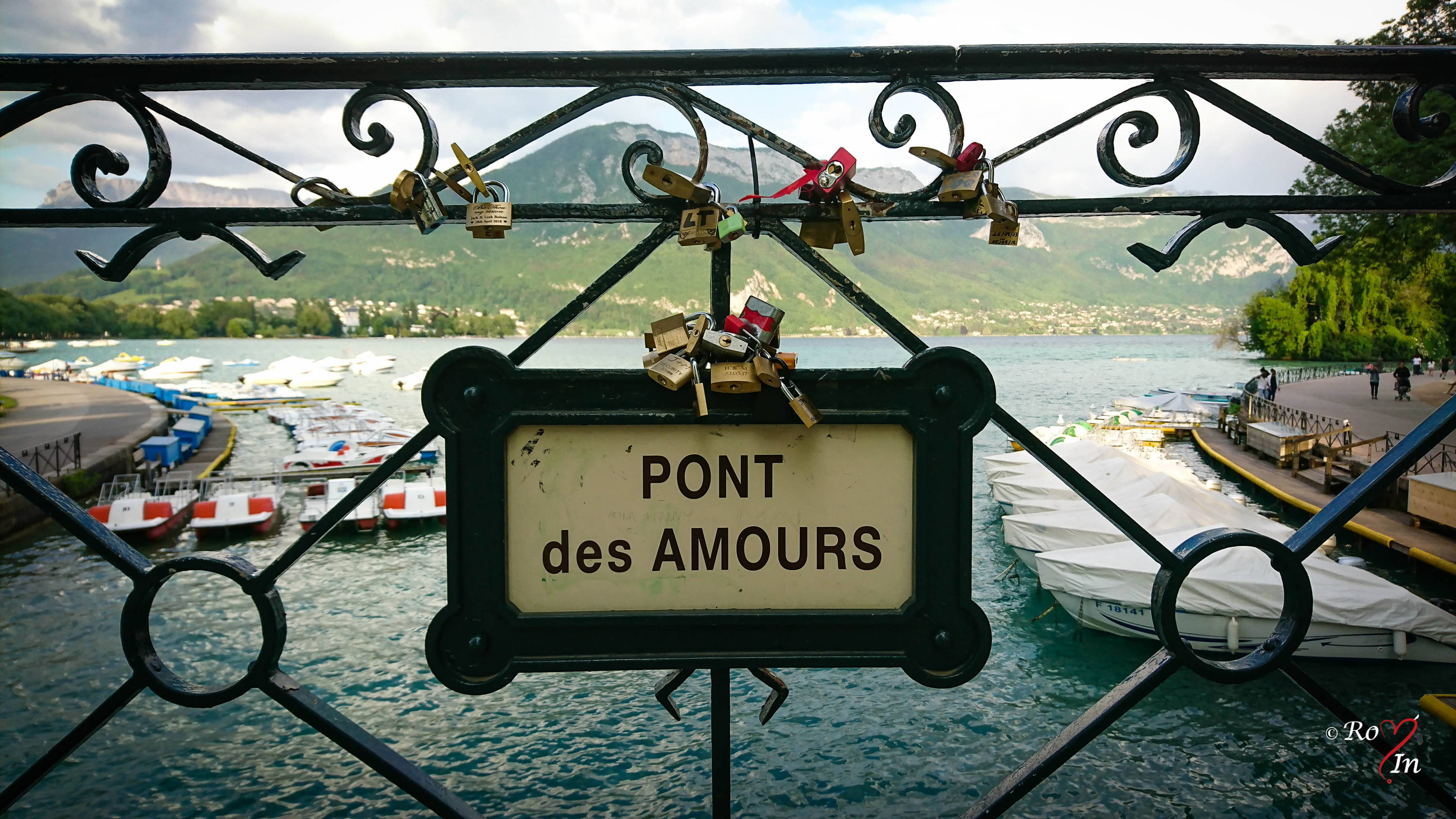 The “pays d'en haut” with Piedmont as a neighbour! A Regional Natural Park 100% natural, magnificent, astonishing in authenticity by its cultural diversity and by its artisanal production. The still alpine air takes on Mediterranean allure in summer, it is a real favorite that is worth the detour. Nearby, perched at an altitude of 2042m, visit Saint-Véran , the highest town in Europe and one of the most beautiful villages in France. And if you like hiking, you can even try an ascent to the unmissable peaks that border the Italian border, such as the head of Estoilies , the Pic de Caramantra.

Oh how beautiful the villages of Provence are: Filled with stories, full of charm and authenticity with their beautiful, carefully restored stone houses. From the Pays des Sorgues and the Alpilles to L'Esterel and Seillans, what a joy to get lost in this exceptional historical heritage!

Stroll along the beaches of Nice, stroll hand in hand on the Promenade des Anglais facing the Baie des Anges, visit the old Menton perched on a rocky promontory just above the sea. Also enjoy the hinterland: Vence and Saint-Paul de Vence, Tourette-sur-Loup... A little further, between the Alps and the Mediterranean, Grasse , the city of perfumes which offers a preserved and sunny living environment between fields of flowers and olive trees . If you pass by, do not hesitate to visit the Bar des fragrances which offers you a unique olfactory experience: Create and imagine the perfume that suits you . The little extra: you will take home your creation as a souvenir!

Further west in the Pyrénées-Atlantiques department in the Nouvelle-Aquitaine region, on the border with Spain, Sare the picturesque village of smugglers and the Basque Country. On the Atlantic coast, the island of Oléron, wilder than its neighbor the island of Ré, without forgetting the coastal customs paths from Biarritz to Brest via Quiberon and its peninsula which has everything for you. seduce with its magnificent wild coast and its fine sandy beaches.

Corsica, the island of beauty, secret and eternal: a real gem for a treasure hunt! As for the Corsican songs… It's heaven on earth guaranteed! If you happen to come across Christian Palix , the founder of YESforLOV, say hello to him from us and don't hesitate to get invited!

How many other itineraries with multiple surprises remain to be invented through all these roads and these regions which superbly make our France such a beautiful country! 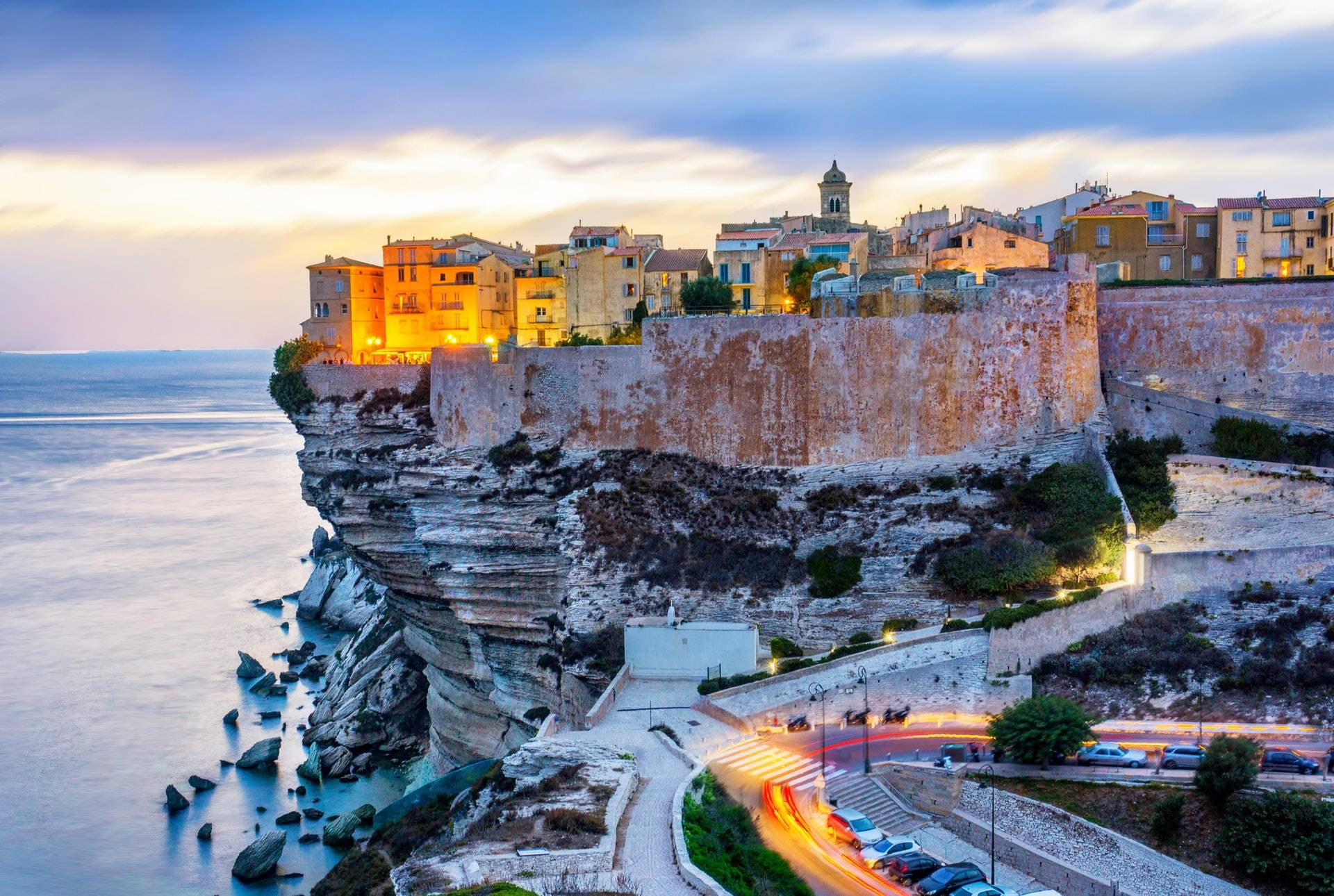 Tomorrow, Europe in all directions: the top 10 cities and unusual places to visit as a couple..

What top 10 destinations would we dare suggest to our lovers, so great is the richness and diversity of our romantic Europe? The choice is huge: 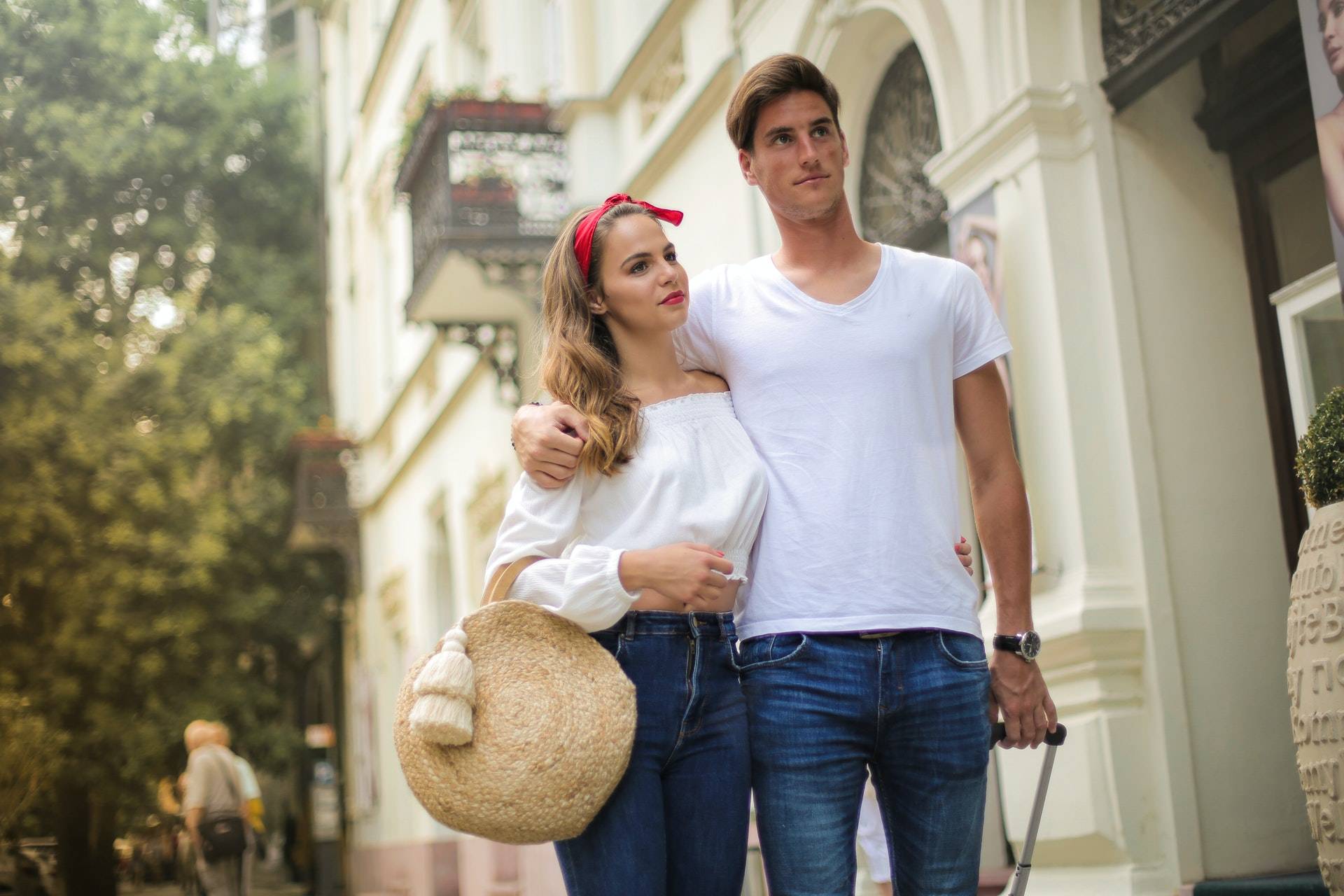 The day after tomorrow, the world at your two feet.

A world tour? Why not ? Sailing for the most intrepid. On land in a motorhome or in the air from airport to airport. Beware of your doubts, the dream can perfectly become reality one day! The planets of long-term love, out of conviction and fidelity, can only align one day or another in the best possible way! While waiting for the rocket that will soon invite you to go see up there what is beyond the clouds, wouldn't a superb ballad between sky and earth in a hot air balloon be your first step slowly towards the unknown?

Returns from escapades are never made with indifference: our lovers are reassured to return home unscathed and hearts are filled with all these holiday memories. At the bottom of your indestructible couple, already sparkles the little spark that will make you set off again a little later towards new horizons. It is the simple life of a couple happy to live and love, to know how to trace in their own way and with their character their furrow of life in a mutual respect and a boundless complicity but also by leaving an incredible part of unpredictable and mystery not to be repressed!

BE A COUPLE AT A DISTANCE OR LIVE LOVE ABROAD?

SEX ON HOLIDAYS, OUR TIPS TO EROTICIZE YOUR TRIP IN MEANS OF TRANSPORT.