The medicinal benefits of CBD from cannabis and hemp were well known to Egyptians some 2000 BC. In Asia, cannabis is also mentioned in ancient Chinese texts from 2300 BC. The epic of hemp and its derivative cannabis is therefore not new, it is even one of the first plants domesticated by man, in particular for the quality of its fibers used for rope on ships. Resisting the most capricious storms, wouldn't cannabis have been a great pastime shared by sailors in their solitude on distant seas? Not allowed ? Oh no! CBD has been tolerated in France since November 2019, legalized since June 2021. It still wrongly has a bit of a bad press due to its proximity to THC and its origin with cannabis, but its virtues and therapeutic benefits are nevertheless well and truly proven. by science. Let's discover together the history of cannabidiol, this molecule extracted from Cannabis Sativa with a thousand and one therapeutic virtues. And for those who missed the first chapter on " What is CBD ", here is the shortcut to know everything in one click.

Napoleon: the importer but also the precursor in the fight against cannabis.

And yes, it was Napoleon's valiant soldiers who first imported marijuana from Egypt in the form of jam and which the natives curiously called dyâsmouck , a kind of medicine obviously based on cannabis and containing musk, clove and other essences. It was Napoleon himself on October 9, 1800 who sounded the end of the game and banned by injunction all cannabis derivatives while its consumption continued to increase among the population! It was the very first time that a text of law made direct reference to cannabis: we hadn't talked about strings for a long time, but we were however quite worried about the recreational and psychotropic effects that the consumption of certain cannabis flowers rich in in THC were likely to trigger.

Unlike Napoleon, this colorful emperor and authoritarian precursor in the fight against cannabis, the artistic and cultural spheres of our country and elsewhere hastened to share this new drug from the East. Renowned privileged people, often influential members of well-meaning High Society, therefore joined the Club des Haschischins, which was anything but the address of a vulgar gang of criminals. This Club, founded in 1844 by the psychiatrist Jacques-Joseph Moreau from Tours , had the major objective of analyzing, scientifically speaking, the psychotropic effects of hashish. 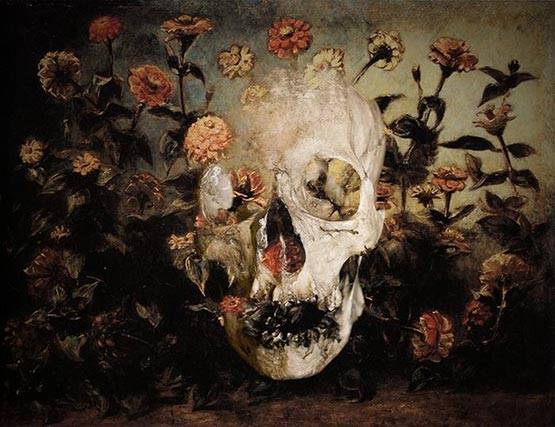 Charles Baudelaire, Théophile Gautier, Alexandre Dumas, Honoré de Balzac, Eugène Delacroix had the pleasure of meeting once a month at Club sessions. It was a bit of a good life to experience together the effects of hashish on the human body!

Over the course of his analyses, Jacques-Joseph Moreau noticed that the effects differed according to the modes of ingestion and were rarely similar according to the patients. He concluded that the effects of this drug could range from hallucinations to the deepest sleep, passing through laughter and big euphoria: everything depended, according to him, above all on the mental and physical condition of the people giving themselves up to this addiction! Scientists, including William Brooke O'Shaughnessy , also noted that cannabis reduced the symptoms of spasticity and the pain associated with certain dreadful diseases such as the plague and cholera without treating them on a purely medical level.

The discovery of cannabinoids and ECS: A big step towards well-being.

Almost a century passed before advances in research and technology confirmed the presence of compounds in the cannabis plant that scientists would later identify as cannabinoids.

In 1940, the American chemist Roger Adams made history by succeeding in isolating the first cannabinoid, cannabidiol (CBD) , then discovering in successive stages the sulphurous tetrahydrocannabinol (THC).

During the early stages of cannabis research, scientists benefited from only a limited knowledge of the molecular structure of cannabinoids and only a partial understanding of the biological composition contained in the plant.

It took a few years for the world of science to correctly analyze and understand the effects of cannabinoids on the human body: it was Doctor Raphael Mechoulam , an Israeli biochemist who first succeeded in determining the molecular structure of CBD , bringing in 1963 the demonstration that CBD was not a toxic psychoactive unlike its counterpart THC. In this same approach, he conducted a study on the possible application of CBD as a treatment for epilepsy with 8 volunteers suffering from this disease: after 4 months of treatment with CBD and for the majority of them, the seizures ceased. ; a small minority of those concerned noticed a marked decrease in the frequency of these crises. Doctor Raphael Mechoulam's conclusions were positive: CBD probably had therapeutic effects and could potentially change the lives of more than 50 million patients with epilepsy. His discovery, however essential, unfortunately did not have the impact it deserved, in particular because of the clichés associated with cannabis.

In the 1970s, a team of Brazilian researchers loudly announced and affirmed that CBD was effective in treating epilepsy . From then on, scientific research followed one another and amply confirmed that CBD was indeed an anxiolytic ! Additional research subsequently made it possible to attribute to this molecule other interesting therapeutic properties for health: its effectiveness against nausea, sleep disorders and inflammation and muscle pain is recognized today.

As research progresses, scientists are gradually discovering the endocannabinoid system , an amazing network of receptors that interact with cannabinoids extracted from the plant or produced naturally by the body to maintain a state of balance called " homeostasis ". ". 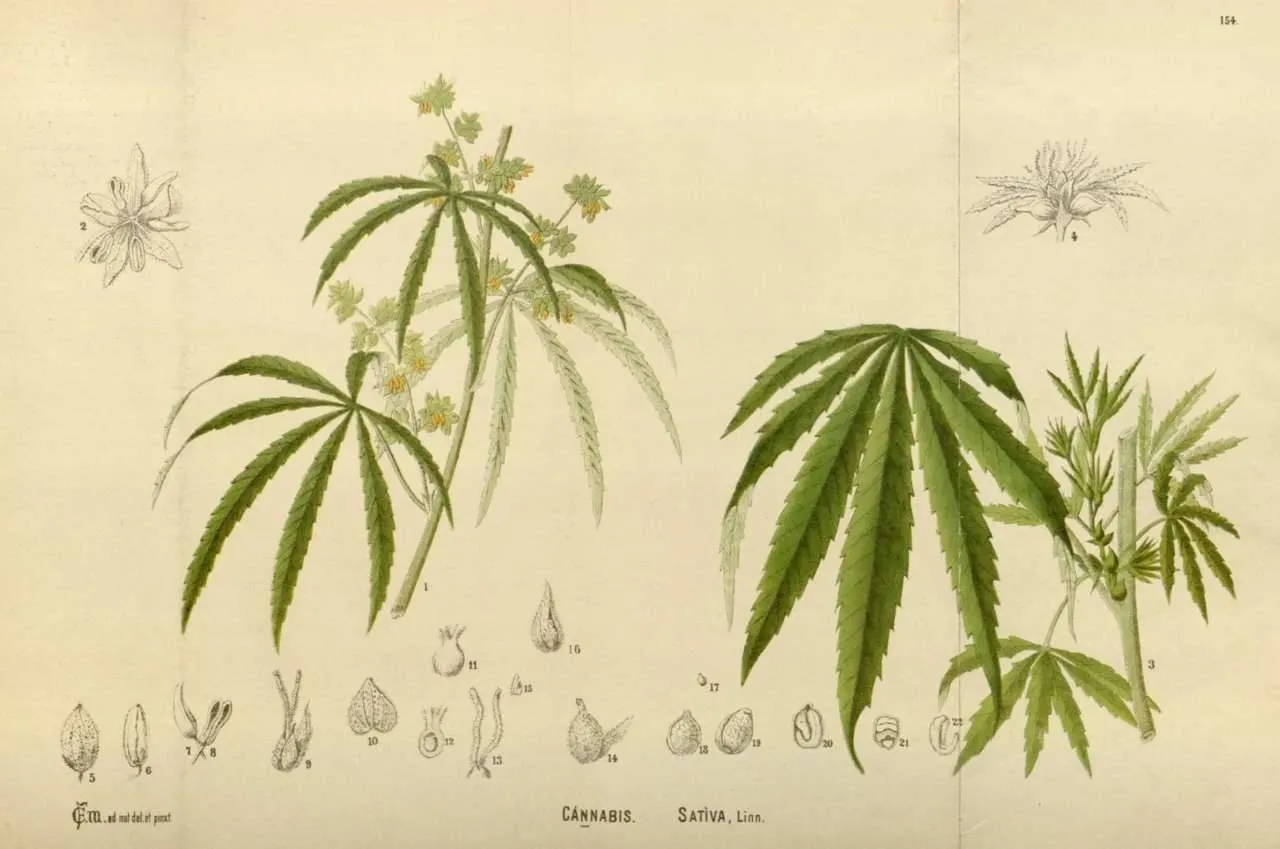 "Homeostasis is in a way the ability to maintain a relatively stable internal physical and emotional state and to keep one's balance despite external changes such as stress, anxieties, and certain major problems that one may encounter in our daily."

CBD arrives in France from the US but THC is rejected!

We are in a 21st century full of movement (and even a little too much sometimes!) and scientific studies never cease to note the incredible therapeutic potential of the CBD molecule ! Thus, on October 7, 2003, the United States government patented CBD as a neuroprotectant !

In 2013, Charlotte Figi , a girl born with a severe chronic form of epilepsy was successfully treated with CBD. This highly publicized cure gave CBD a start of fame and its therapeutic uses have since multiplied all over the world. We also take the time to pay tribute to this girl with a big heart with enormous courage and a lot of tenacity who has just died from the consequences of COVID19.

This is how CBD, delayed by the crisis, made its appearance in France. Since its arrival, CBD has continued to conquer the market of manufacturers and consumers. However, although its popularity continues to increase, some people are still hesitant to obtain it for fear of the law. However, this law, which is still incomplete in its current form and which is expected to grow for the good of all, is for the moment far from being negative: drugs containing cannabidiol are authorized and marketed in France. For example, Sativex , a drug recommended for people suffering from multiple sclerosis, contains CBD.

Officially removed from the list of prohibited molecules, CBD has been officially tolerated in France since November 19, 2020 under pressure from the European Union. According to UIVEC, the Union of Industrialists for the valuation of hemp extracts, the French CBD market could represent nearly 700 million euros by 2022. 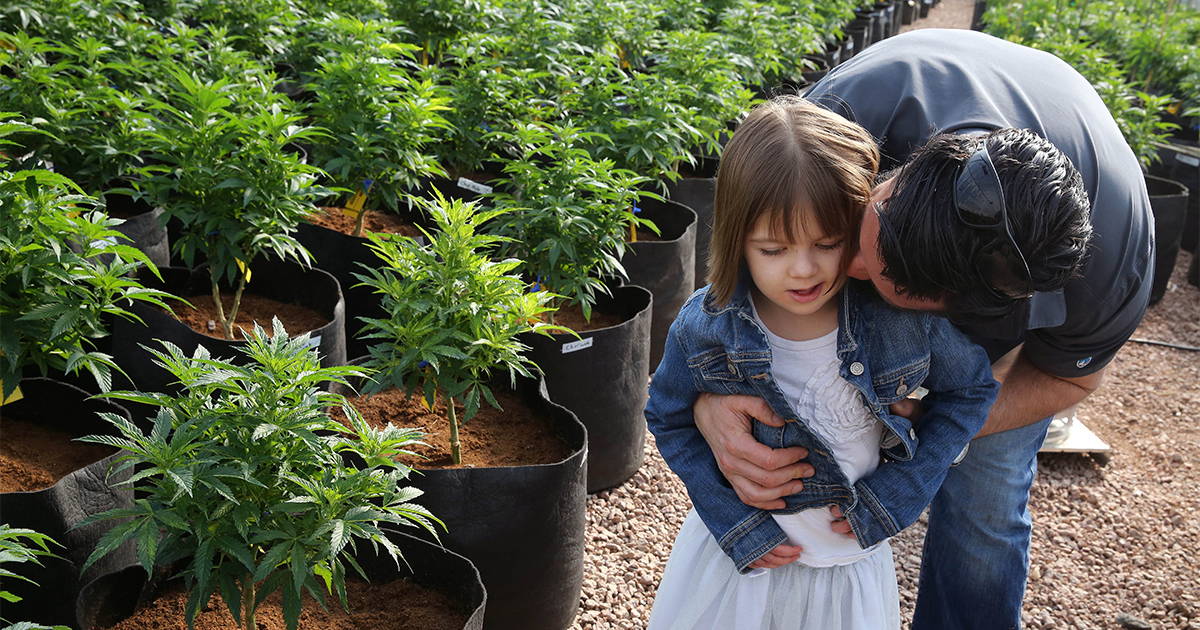 Phytocannabinoids, endocannabinoids and cannabimimetics, these are all chemical compounds produced by plants and naturally in the human body! Wouldn't they all be, on a more or less large scale, the wonders of nature of tomorrow that would happily compensate for the shortcomings in our daily health and the lack of comfort in our current well-being? CBD is not new, it is recognized for its benefits and it is now completely legal that you can get it! Want to continue reading? Discover how CBD works in its positive action for our body and so beneficial for our health.

PART III: HOW DOES CBD WORK IN OUR BODY?

PART I: WHAT IS CBD?