Now reading: PART III: HOW DOES CBD WORK IN OUR BODY?
Share
PrevNext

To tame and understand all the interest of the use of CBD on our well-being, we must take an interest in the endocannabinoid system. YESforLOV explains to you how cannabidiol actually works in our body and what the potential benefits of CBD are. You arrived here a little by chance and you don't know anything about CBD? Start reading again by discovering the origin and history of CBD on our blog dedicated to the art of loving.

All about the body's endocannabinoid system:

The nervous system and the immune system are well known, but do you know the endocannabinoid system? It is a system of regulation and communication of the body. It plays a driving role in almost all the physiological functions of the human organism by helping it to maintain a state of balance called “homeostasis”. 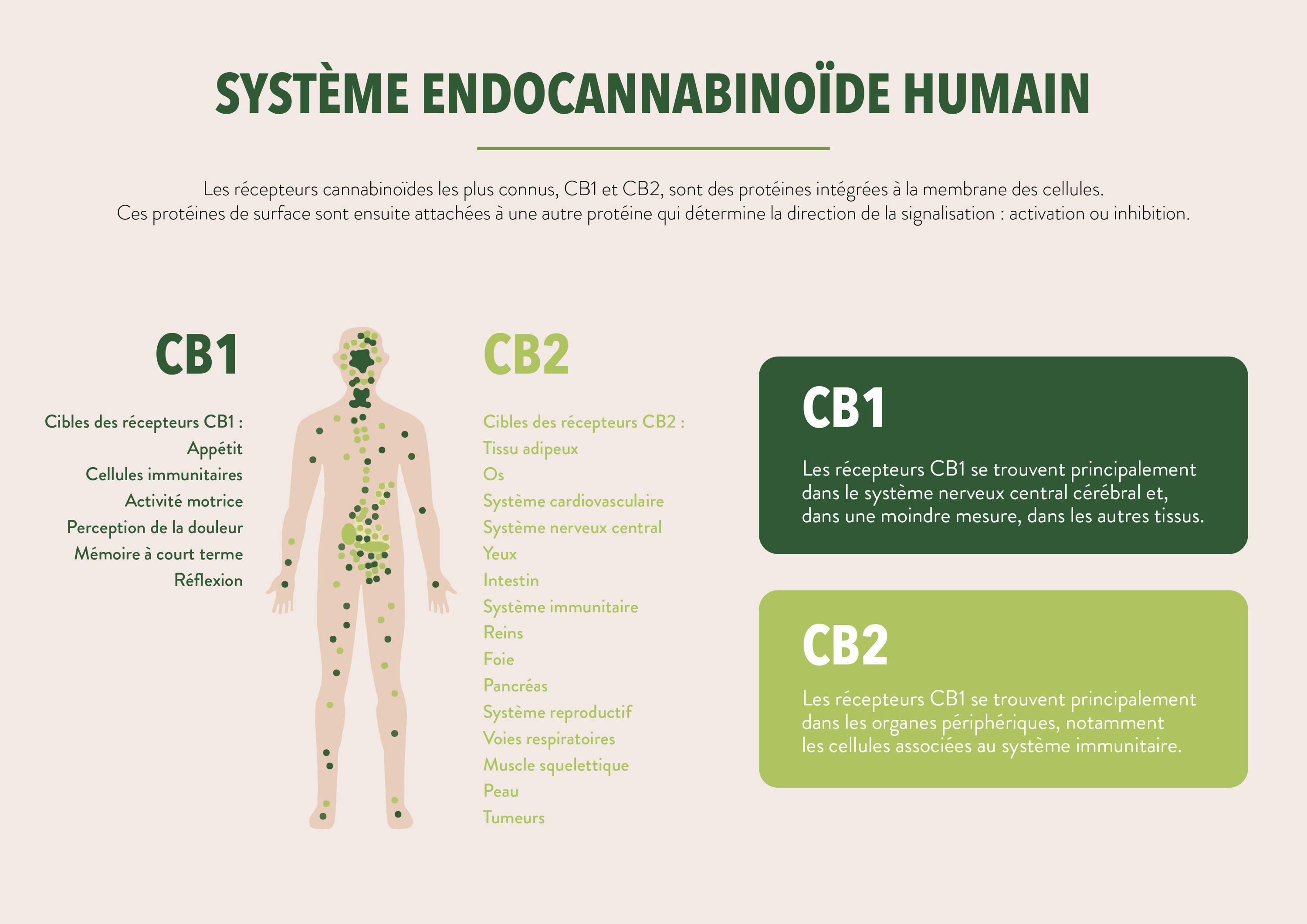 The endocannabinoid system (ECS for short) is an internal communication system designed to assist the body in its ability to better control this process of homeostasis. Each time a message is sent from one cell to another, the endocannabinoid system returns to acknowledge receipt and confirm that the request made is being processed. Made up of membrane receptors – CB1 and CB2 – endogenous cannabinoids and enzymes, the SEC by successive chemical reactions manages each message to better then destroy it. The best way to imagine how this system works is to think of the SEC as "an acknowledgment" on a text message. Endocannabinoids are molecules naturally present in the body. and important sources of euphoric states and excitement

The best known of these is anandamide , considered the "pleasure molecule" and synthesized in certain areas of the brain involved in the management of motivation, movements, pain, appetite or fertility.

The second equally well-known molecule is 2-AG : it would be in direct contact with our emotional states and would a priori play a vital role in the amplification of sexual arousal and orgasm.

Over the course of their specific research, the scientists ended up perfectly isolating the two types of receptors of the cannabinoid system: the CB1s first and foremost. These have been located in almost all major parts of the human body (brain, vascular system, muscles, reproductive organs, skin) and are very useful in controlling the neurotransmitters dopamine, serotonin and norepinephrine. It is therefore not surprising that they play a role of unsuspected magnitude in the regulation of mood, in the management of sexual activity and in memory.

As a second receptor, CB2 a priori present in large numbers in peripheral tissues such as skin, muscles and immune cells. They too play a big role in strengthening the immune function when faced with infections and inflammation of all kinds.

Important to mention: The CB1 and CB2 receptors of the endocannaboid system only react to cannabinoids: the latter send the right (or wrong) signals to the enzymes in order to produce a reaction causing various behavioral effects.

Enzymes are proteins with catalytic properties to degrade and regulate cannabinoids in active mode. In the endocannabinoid system (SEC), there are 2 main enzymes: fatty acid amide hydrolase FAAH and monoacylglycerol lipase MAGL .

By degrading cannabinoids, enzymes ensure the proper functioning of the ECS, the right usefulness, the right dosage. These are the moderating elements of the system: no excess! Without their help, there would be anarchy in the brain and disturbing drifts towards states of mental euphoria and psychological disorders. Conversely, a deficiency in endocannabinoids can lead to chronic diseases: no need to worry, physical activity, a diet rich in Omega 2 will bring order to your daily life. And why not after all to completely relax and let go, an intelligent YESforLov CBD cure?

What are the benefits of CBD on our body and on our mind?

Cannabinoids produce positive effects on our behavior: Unlike THC which is entirely responsible for truly negative psychoactive effects, C BD brings calm, relaxation and maximum relaxation for well-being which is pleasantly and lastingly prolonged.

By acting on the CB1 and CB2 receptors, CBD produces truly beneficial effects on the whole body. It relieves multiple disorders, both physical (inflammation and pain) and psychological (anxiety, stress, insomnia, reduced desire). It has no psychotropic effect on your health and does not lead you to addiction. The scientific community is now unanimous in recognizing all the benefits of cannabidiol in terms of well-being. CBD is a gentle and effective solution to safely access super emotional balance, both physical and mental! 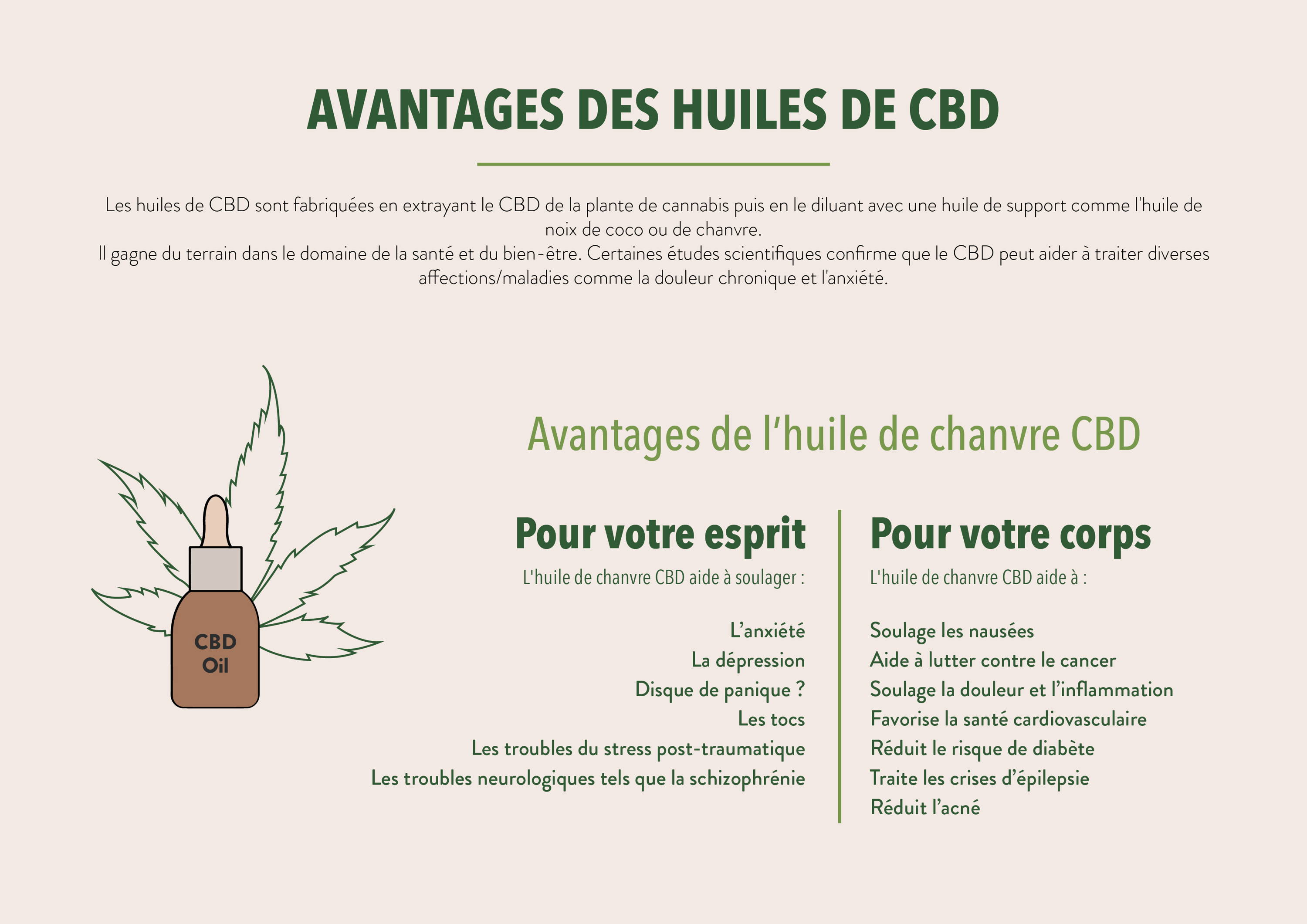 CBD is your friend, your weighty ally in your well-being:

According to the Cosing (Cosmetic Ingredient Database), a European organization listing all cosmetic ingredients and their properties, CBD is a particularly product: soothing, moisturizing, healing, antioxidant, antibacterial, anti-seborrheic and anti-inflammatory. Even if each of these claims seems indisputable, it nevertheless seems interesting to us to understand why and how this CBD molecule has so much influence on our behavior?

THE POSITIVE EFFECTS OF CBD ON THE ENDOCANNABINOID SYSTEM, IT'S A SOLID WELL-BEING ALLY!

CBD acts as a catalyst on the CB1 and CB2 receptors to maintain a state of well-being conducive to harmony and good mental and physical health . Unlike its THC counterpart, which binds to the brain, CBD has the very clear advantage of not fully binding to receptors. It can therefore quickly interfere in the bloodstream to activate other receptors that will participate in our balance and therefore in our development. CBD brings us the balance we subconsciously seek !

THE EFFECTS OF CBD ON GABA, OUR RELAXING NEUROTRANSMITTER.

CBD is also a modulator of GABA , a neurotransmitter present in all areas of the brain. Neurotransmitters are chemical compounds released by neurons acting on other neurons, called postsynaptic neurons. GABA acts like a brake pedal on the nervous system: the main role of GABA consists of a so-called "inhibitory" regulation of cerebral activity, which allows it to disconnect when the time comes. In a way, GABA serves to counterbalance the excitatory effects of glutamate: when we act in haste, GABA responds to say stop, we slow down ! It watches over our mood and our balance, our heart rate . He's a friend too! 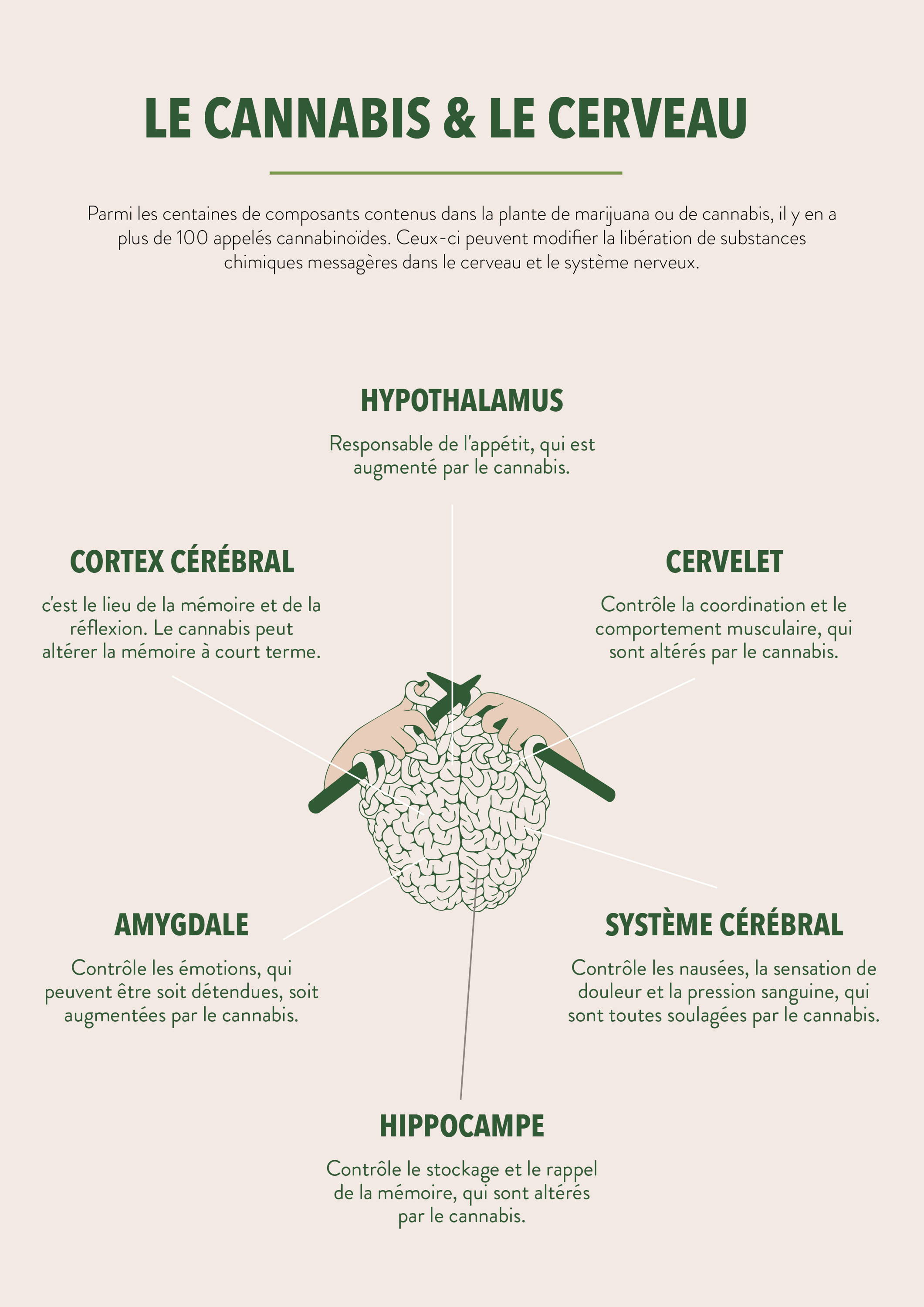 The real problem for scientists to date is the lack of information regarding the true effects of CBD on the whole body. Many questions deserve answers. What is the exact role of CBD on the production of hormones for example? What is really acquired to date is the ability of CBD to give humans a real feeling of well-being and pleasure over time. As a final bouquet and firework, one certainty: CBD is a precious ally that harmoniously boosts our libido and thus opens up new horizons for our sexuality for all of us. See you soon for the chef's surprise! The YESforLOV Sensuality Booster , a CBD concentrate that will delight you!

PART II: THE HISTORY AND DISCOVERY OF CBD