Dealing with the symptoms of menopause is not always easy and we, as women so mature and experienced in life, are far from prepared to experience this natural but very unpleasant phenomenon. The abrupt cessation of estrogen and progesterone production by the ovaries causes a host of physical and psychological changes leading to a whole series of disorders: Hot flashes, vaginal dryness, sleep disorders, mood swings, weight gain . The activity of these hormones seems closely related to the functioning of the ECS and the production of endocannabinoids. we also find endocannabinoids in breast milk! Can CBD be used in the treatment of discomfort related to menopause? The question makes sense ... Dear readers, if we have already devoted an article to " how to live well the menopause" , here we are again heading for a new solution of the most surprising and the most planing: the CBD. Let's find out together and get a clearer idea of ​​the supposed benefits of cannabidiol to soothe discomfort, which will allow us to provide answers to most of the difficulties encountered during menopause.

CBD for menopause: a natural remedy that relieves and soothes!

Did you know ? Menopause is one of the top three reasons women use CBD, with menstrual periods and sex being the other two. The good reputation that cannabidiol has for the treatment of peri- and post-menopausal symptoms is not based solely on testimonies such as that of Nathalie interviewed by the Brut agency: at 50, in her crucial period of menopause, she suffers from insomnia, anxiety and joint pain. To deal with it, she turns to CBD. (If you want to listen to his testimony on video, it's over here !)

In addition to testimonials praising the benefits of CBD to soothe the symptoms of menopause and there are many on the web, scientific research suggests that the balancing, analgesic, anxiolytic and anti-inflammatory properties of CBD would help treat the underlying causes of menopause. many common symptoms of PMS and menopause.

However, at this stage, there is no scientific evidence that demonstrates that CBD has a positive effect on all the symptoms associated with menopause. However, according to the latest study from the North American Menopause Society (NAMS) of 232 postmenopausal women residing in Northern California, more than half of them reported having bothersome symptoms due to the onset of menopause: hot flushes and night sweats (54%), insomnia (27%) and genito-urinary symptoms (69%).

Among the women surveyed, 27% said they had used or currently use cannabis to manage their symptoms, including 6 in particular, which we have analyzed in detail: 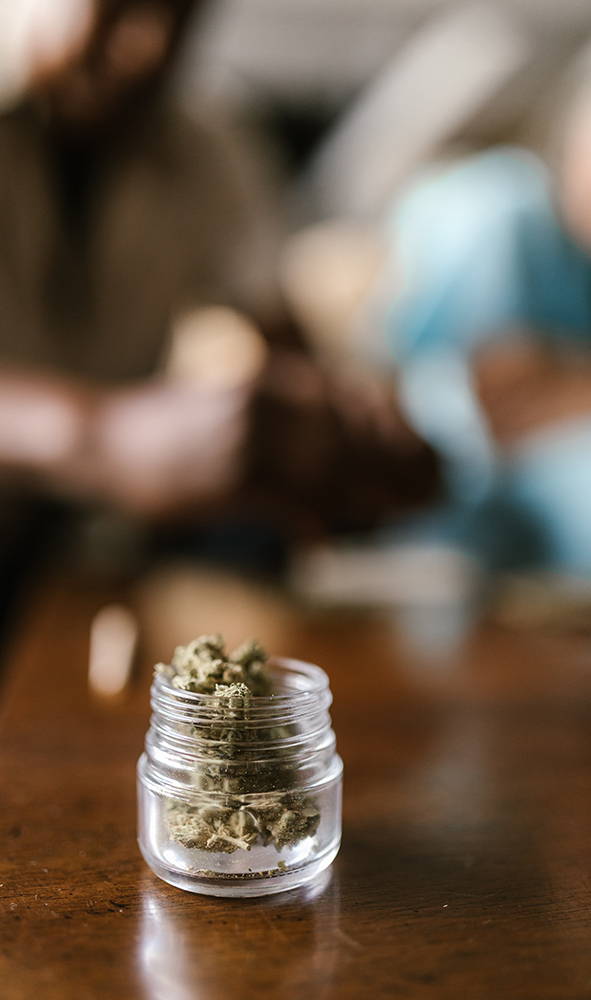 6 symptoms of menopause for which CBD can be useful:

Your YESforLOV routine - 100% well-being with CBD for menopause.

ADDING AN ADDITIVE TO YOUR COSMETICS: YESforLOV CBD CONCENTRATE

The medical and scientific community has every interest in looking into the role played by CBD in the treatment of menopausal symptoms. Promising overall, although further research will have to support this finding in more detail, the future of CBD looks bright and cannabidiol seems to be a natural alternative to learning how to best manage the common symptoms of menopause that every woman encounters at some point. delicate period of his life. Combined or not with an intimate serum or an intimate moisturizing lubricant, what we are sure of is that CBD, like our CBD concentrate as an additive to your cosmetics, is not harmful. It would be a shame to do without it, especially if it does you good where it hurts!