Now reading: THE MOON, THE LUNAR CYCLE AND THEIR INFLUENCE ON OUR SEXUALITY
Share
PrevNext

You might think that most people who have the crazy idea of ​​aligning their sex life with the stages of the lunar cycle are also the kind of people who have intimate and private conversations with gemstones and talk to plants to encourage them. to grow faster. We forgive you, it's no secret that we tend to associate a firm belief in the waxing and waning moon with a somewhat… lunar occult and mystical tradition.

In reality, the correspondence of our sexual pleasure with the lunar cycle is not that absurd. And consulting the moon for a little intimate nudge is no different than glancing at your horoscope once in a while. 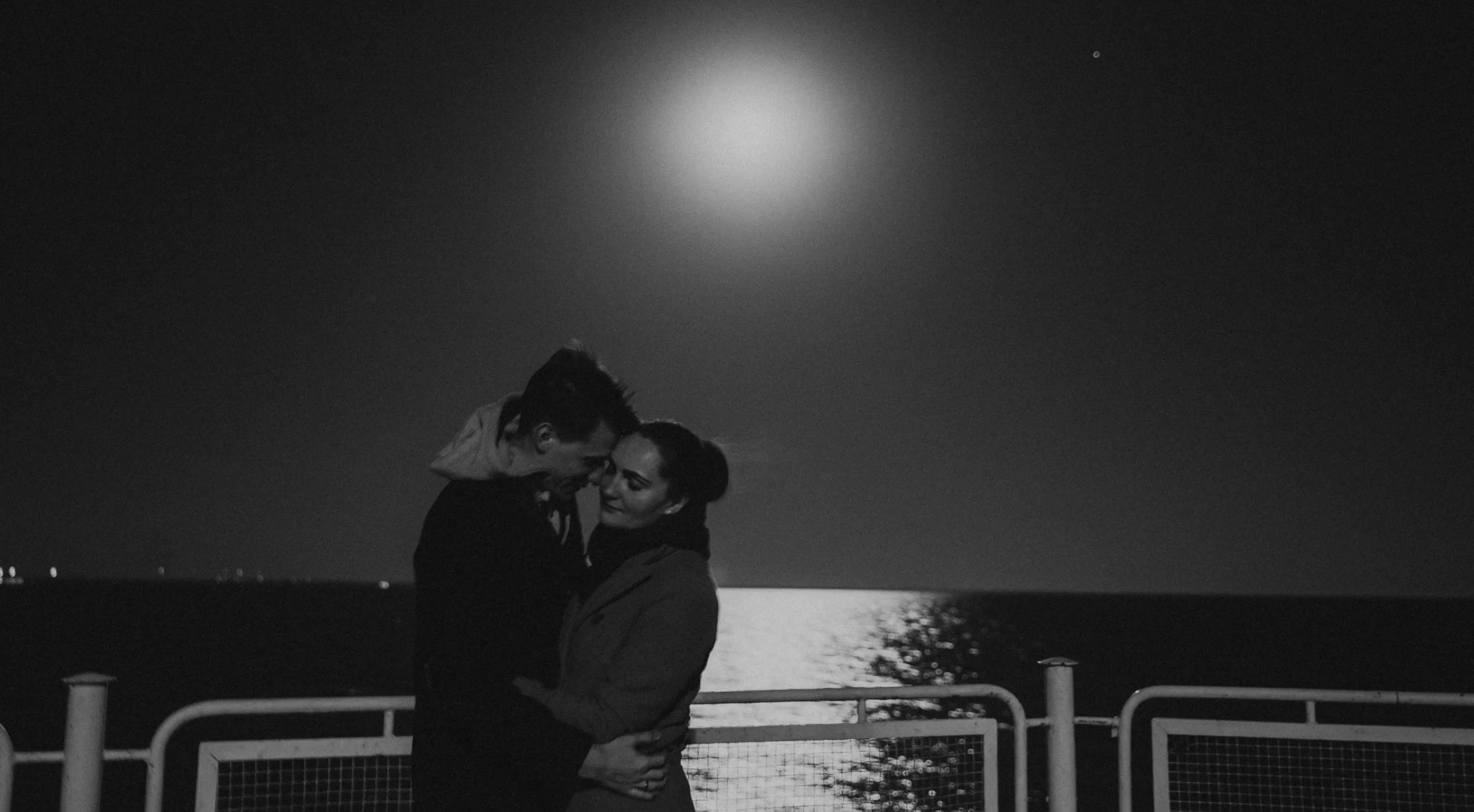 The moon, great mistress of nature and fertility

No, thinking that the moon can influence our sexual and romantic behavior is not astrology. For a very long time, scientists have tended to relegate the influence of the lunar cycle to the dusty shelf of beliefs and superstitions. And yet, nowadays, several studies upset certain certainties and prove that the Moon would indeed influence terrestrial life other than by illuminating it .

So, what about the influence of the moon on our human behavior, on our emotions, on our desires ? Naturally, no solid scientific proof has been provided so far. However, it is true that the Moon controls the tides, and since much of human physiological makeup is known to be made up of water, it would make sense that we are influenced by lunar cycles , whether in the mechanical functioning of our body as in the psychic functioning of our emotions, our feelings, our sensations.

In certain ancient cultures, whether in Greek mythology, among the Incas or in Chinese thought, one and the same figure is often representative of both the moon and the female cycle or female fertility. While this may seem like a coincidence to some, it is not to some scientists; Indeed, according to some researchers, if the menstrual cycle is synchronized with the lunar cycle, the chances of reproduction are multiplied, as is the case in animals, and our love behavior would also be impacted.

The influence of the lunar cycle on our sexuality

How does the lunar cycle work?

For the sake of academic curiosity, let's imagine that you are planning your next sexcapade under the sign of the Moon, hypothetically speaking. What do you need to know to program it?

Know that the cycle of the moon moves around the Earth in 9 different phases, each represented by a different amount of light. Among these 9 phases, 4 major phases: the new moon which appears black at its departure, the waxing moon during which it "grows", the full moon when it reaches its apogee in quantity of light, and finally the waning moon when the light diminishes until it becomes black.


If the moon were to dictate our desires and desires...

Each major phase would have a determining influence in your sexual and love life. Here's what you can expect based on each phase of the moon.

The new moon: explorations and discoveries

The new moon, in the most obvious sense, is representative of new beginnings, discoveries, explorations . Through the link that we see between the lunar cycle and the menstrual cycle, the new moon coincides with the end of a woman's period, which is equivalent to a "new beginning". According to a number of astrologers, the new moon is the best time to explore new sexual experiences and previously unknown moments of intimacy . A new place, a new position, a new toy, a new way of having fun, such as anal penetration if you haven't tried it yet, or prostate stimulation that you don't dare to try yet... If you want to reinvent your sex life and think outside the box, now is the right time. On this subject, do not hesitate to take a look at our article “Spicing up your love life through gambling” with all our advice and product suggestions.

The waxing moon: personal pleasure in the spotlight

The full moon is when the amount of light cast upon Earth is at its greatest, which in a metaphorical sense is supposed to shed light on your sexual desires and libido according to astrological theory. This phase lasts only 1 day. According to the menstrual cycle, the period also corresponds to a woman's ovulation, where hormones are at their highest, as is your energy level. These female fertility signals can trigger all sorts of pheromones, which probably makes this the peak arousal time for you and your partner. Your energy thus increased tenfold , the sexual desire is much more present than during the other phases. Feel, explore the other, connect with him and get vibrated… if there is a moment when the bodies bind in full power, it is under the sign of the full moon !

After the full moon period, the light gradually dims and the star darkens every night for a week. During this phase, the couple's hormonal levels may seem tricky. Ovulation is complete; estrogen is low while testosterone is high. While this impending darkness may make sex a less exciting prospect than it was in the middle of a full moon, now is the time to recharge the batteries . And in the couple, this translates into a smooth and sensual sexuality, with a lot of tenderness . The partners seek more to cuddle, to comfort each other, to take care of them. It's the perfect time to take a step back, contemplate the pleasure you're giving each other, connect with your partner , and prepare to take full advantage of the upcoming new moon. This is your cooldown phase . It's up to you to make good use of it.

Whether governed by the cycle of the moon, or simply by your desires or your moods, it is essential to remember that sexuality has several phases and several stages at all levels.

If it is sometimes less heightened than others at certain times, and ready to explode the libidometer at others (you understand, beware of the full moon), what is most important is to listen to you. To listen to your body, your needs, your emotions, your interior. Because there, there is no need for beliefs or a calendar to understand it: we are all different, we all operate in different ways, at different rhythms and cycles!

REINVENTING LOVE IN WINTER: OUR BEST POSITIONS AND SEX TIPS

THE INFLUENCE OF FENG SHUI ON OUR SEXUAL AND LOVE LIFE