When claiming your sexuality becomes an art.

At the origin of this day is a Quebec organization, Émergence . She established it for the first time on June 4, 2003. Closely followed by the Collective association of LGBT student associations in Île-de-France in 2004, the idea of ​​celebrating tolerance for different sexual orientations spread to local and then global scale. The choice of May 17 echoes the removal of homosexuality from the WHO's global classification of diseases in 2005. 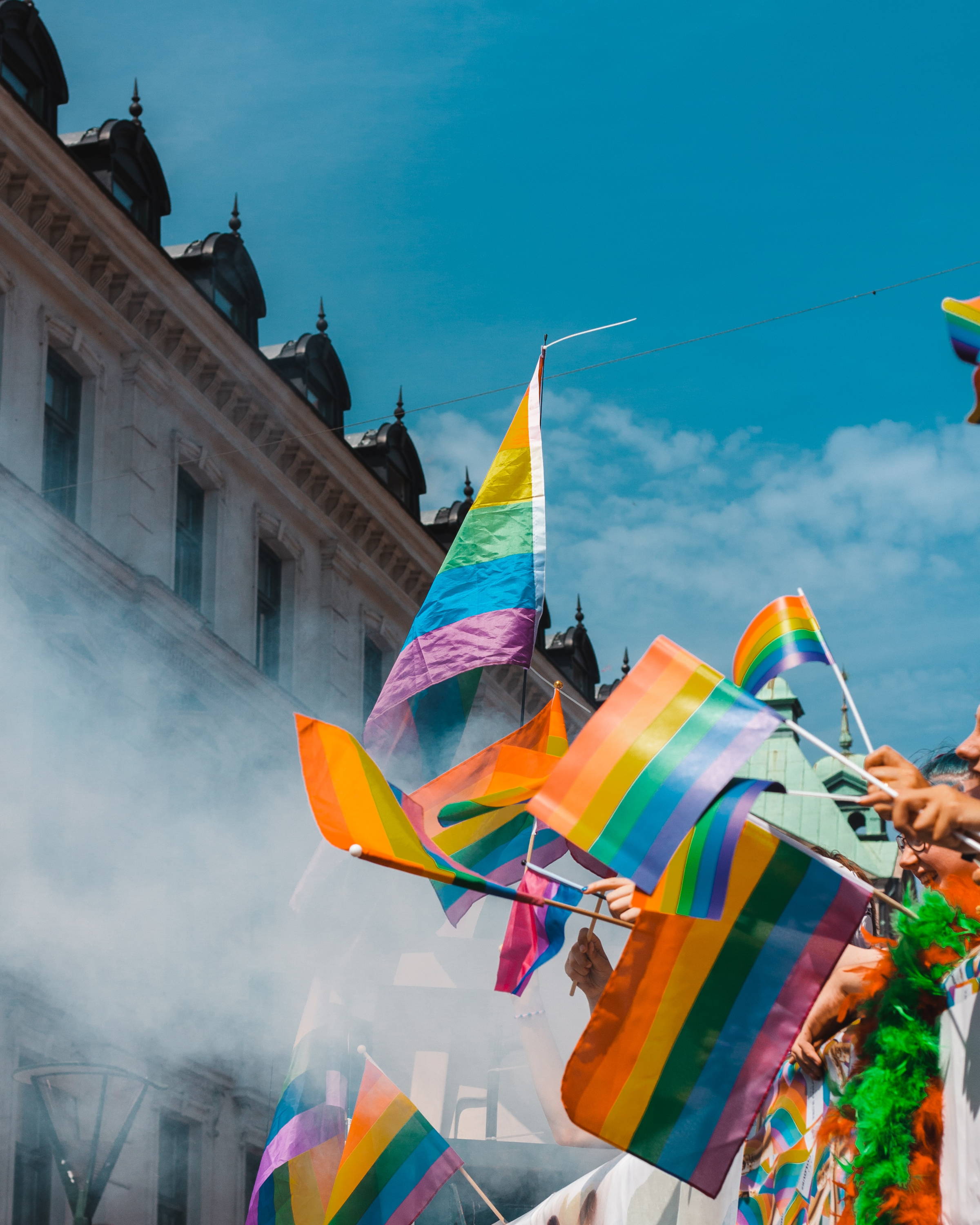 Lady Purple, immersion in the world of a Drag Queen

During the day, Laurent is a Parisian salesman like you and me. Yet at night, he turns into a radiant diva, dressed in a magnificent dress with rhinestones and sequins and wearing a wig worthy of Brigitte Bardot in her younger years. Thanks to this outfit, Lady Purple enters a world where art and freedom of expression are the key words. For this universe where you play with your identity, Lady Purple creates her own clothes and invents make-up, each one more eccentric than the next. Thanks to my interview with her, I will come back with you on the different elements that constitute a drag queen.

Clothing : Drag queens wear radiantly eccentric clothing. Lady Purple explained to me that it was her mother who sewed her stage clothes. As for all the sequins and sequins, she sends her outfits to Thailand, because the craftsmanship there is good with these materials. According to her, the more extravagant the outfit, the more the viewer enjoys it. An imposing outfit accentuates the idea of ​​inaccessibility that drag queens give themselves. To take even more height, Lady Purple perches 40 centimeters off the ground in heels that I dare anyone to wear. As for the hairstyle, wigs are also an integral part of the outfit. Bought smooth, it is up to the artists to style them according to their tastes. For her part, Lady Purple has her wigs styled by a hairstylist friend.

Makeup: A big part of changing identity is through makeup. There are two ways to transform your face. In the case of a drag queen, the purpose of makeup is to impart feminine features to the face while exaggerating them. Exuberant lips, doe eyes adorned with false eyelashes, prominent and rosy cheekbones, the whole face is sublimated. This titanic work can take up to several hours before a show and gives birth to all kinds of creatures. Here is an example of makeup done by the famous drag queen Nicky Doll (photo @thenickydoll) 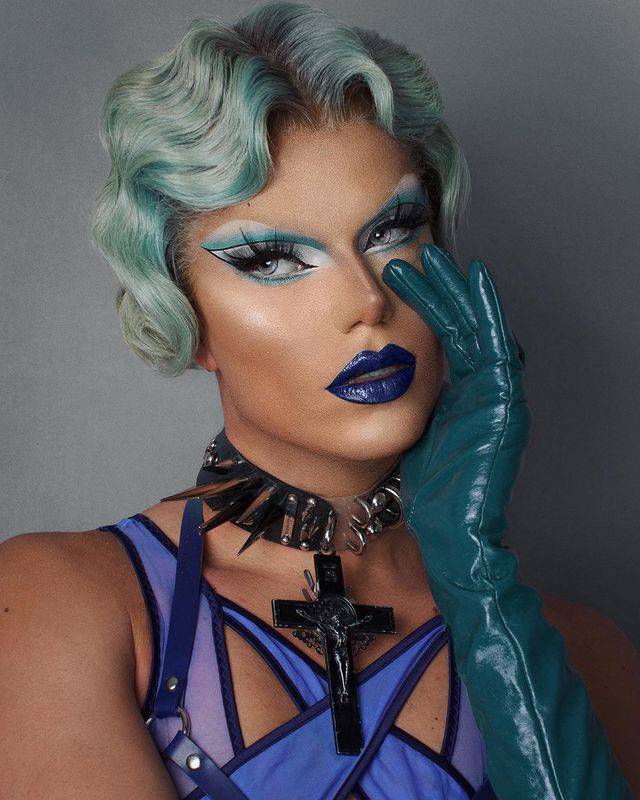 In the case of a transformist show, the goal is to reproduce the features of another person that we will then embody on stage in front of an audience. One Whitney Houston night, another Celine Dion night, Lady Purple takes on the role of a character each performance night.

Makeup goes through many stages, but the first is to make your eyebrows disappear with the famous glue, often purple. There follows a series of layers of make-up allowing you to step into the skin of a new character. The perfect example of a creature brought to life by Juno Birch's makeup . Through her purple foundation, Juno becomes one with the creature she herself imagined.

Acting: What do we do now that we're ready? We're doing the show of course! Drag queen evenings are often punctuated by lip-sync shows. That is to say that the artists do playback. This allows them to concentrate on the dance. All the art lies in the way of breathing, of appropriating the number. With this imitation of a star comes a whole attitude of inaccessible diva which gives off a level of self-confidence and which does a world of good!

In the world of drag queen, there are traditions that are passed down. The first person who introduces you to the practices of drag is called your “mother”. Families are thus formed, such as the Deer family. Composed of 3 generations, the family is internationally recognized. Even though the art of drag is quite recent in history, being a man who dresses as a woman is not a new idea. From the ancient theater, men played the roles of women on stage, because women could not be actresses. The term drag comes from the train of the dresses of actors playing women in the 18th century.

This art is highlighted in cabarets and all other performance venues. But he's had a bigger following since the '90s, when some drag queens like RuPaul started making their mark. For a few years now, RuPaul has been at the origin of the reality TV show RuPaul's Drag Race , which gives a very realistic overview of the world of drag, behaviors and habits and customs of this environment. There is a whole distinction around the language used which is very specific. I also advise you to document a little about it before you start watching a show because otherwise, you will row. (Psssst, look at this , it's a gift, it saves you the search!)

Values: Our choice to highlight this community on this day is not based on the fact that most drag queens are homosexual and sometimes transgender, far from it (it would be an amalgam). We wanted to highlight this universe, because it sends a message of tolerance. Everyone can do drag, everyone can invent a character, a creature, a character. Inclusiveness is a strong message from the drag community. Their identity claims for more tolerance inspire us with a message of general acceptance of ourselves, but also of each of our facets, however conventional they may be.

Beyond being a vector of positive values, drag is a real art. Much of my admiration is based on the self-taught aspect of the discipline. As Lady Purple explained to me, most drag queens learn on their own, sew, make up and do their hair on their own. It is not only a technical performance, but also a visual one, because after the beautification comes the representation. Whether the activity is a hobby or a full-time job, the art of drag calls for reinventing yourself, accepting yourself and exaggerating the traits you want to put forward. Whether your drag queen is an exaggeration of yourself or someone completely different, the goal is to make it look great! 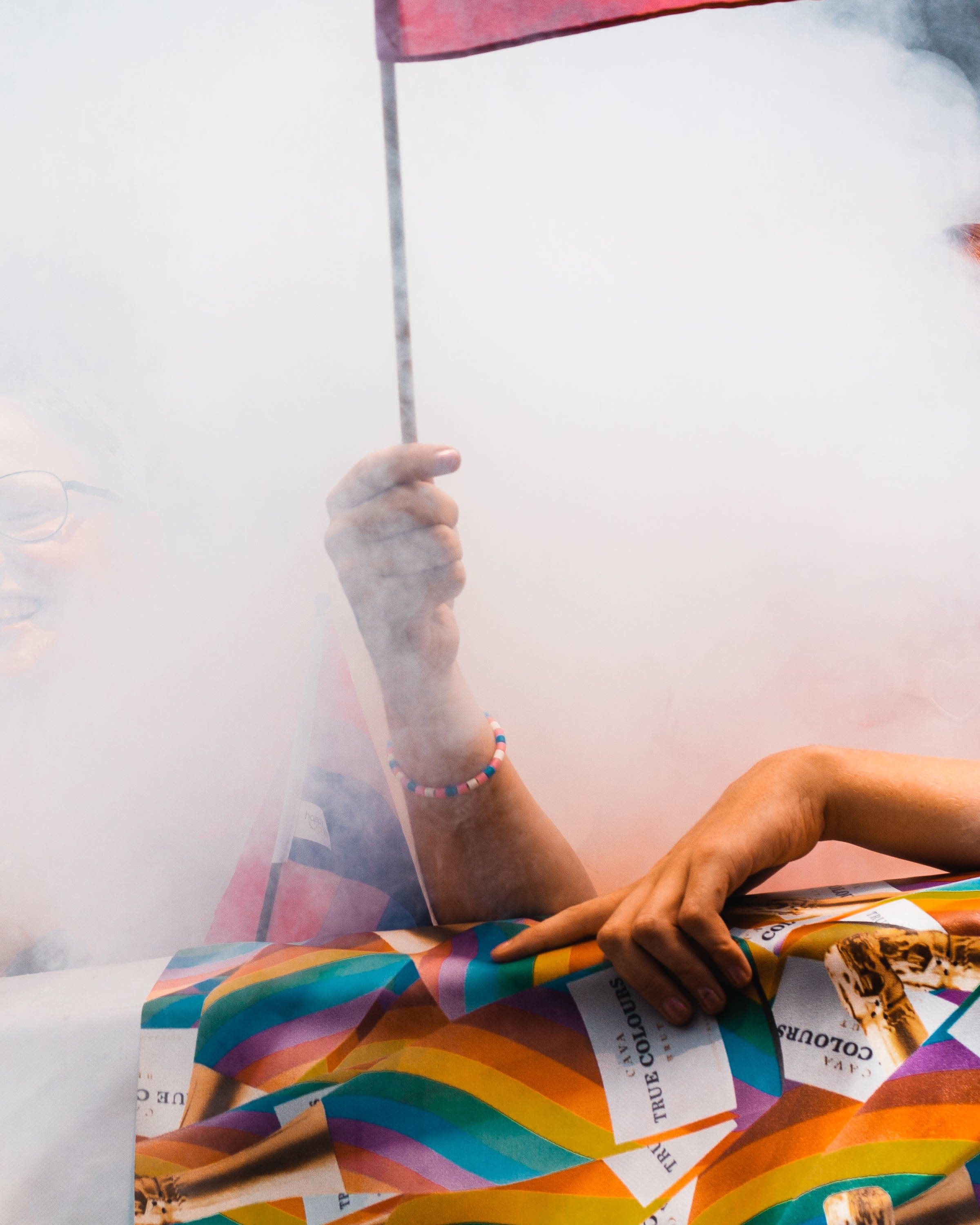 I'd say the best way to end this article is to remind yourself to love yourself just the way you are, because "if you don't love yourself, how the hell are you going to love anyone else" (RuPaul ).

TOO MUCH STRESS KILLS SEX!

SLOW SEX, AN ESSENTIAL KEY IN A LOVE RELATIONSHIP.