Now reading: PERFUME: BEHIND THE SCENES OF HISTORY.
Share
PrevNext

From the Latin “per fumum” which means “by smoke”, the term perfume automatically refers to the religious rites of incense and other resins and aromatics which were abundantly used in Antiquity. Burned, their smoke was supposed to convey messages to the Gods of their beliefs for eternity. For us, house of “rejoicing” perfumery, it will be “love, passion, and the reciprocity of desires” the message that we hope to convey on the skin of our contemporary cupids. From prehistory to the 2000s, go behind the scenes of the history of perfume and learn more about the birth of perfume through time. 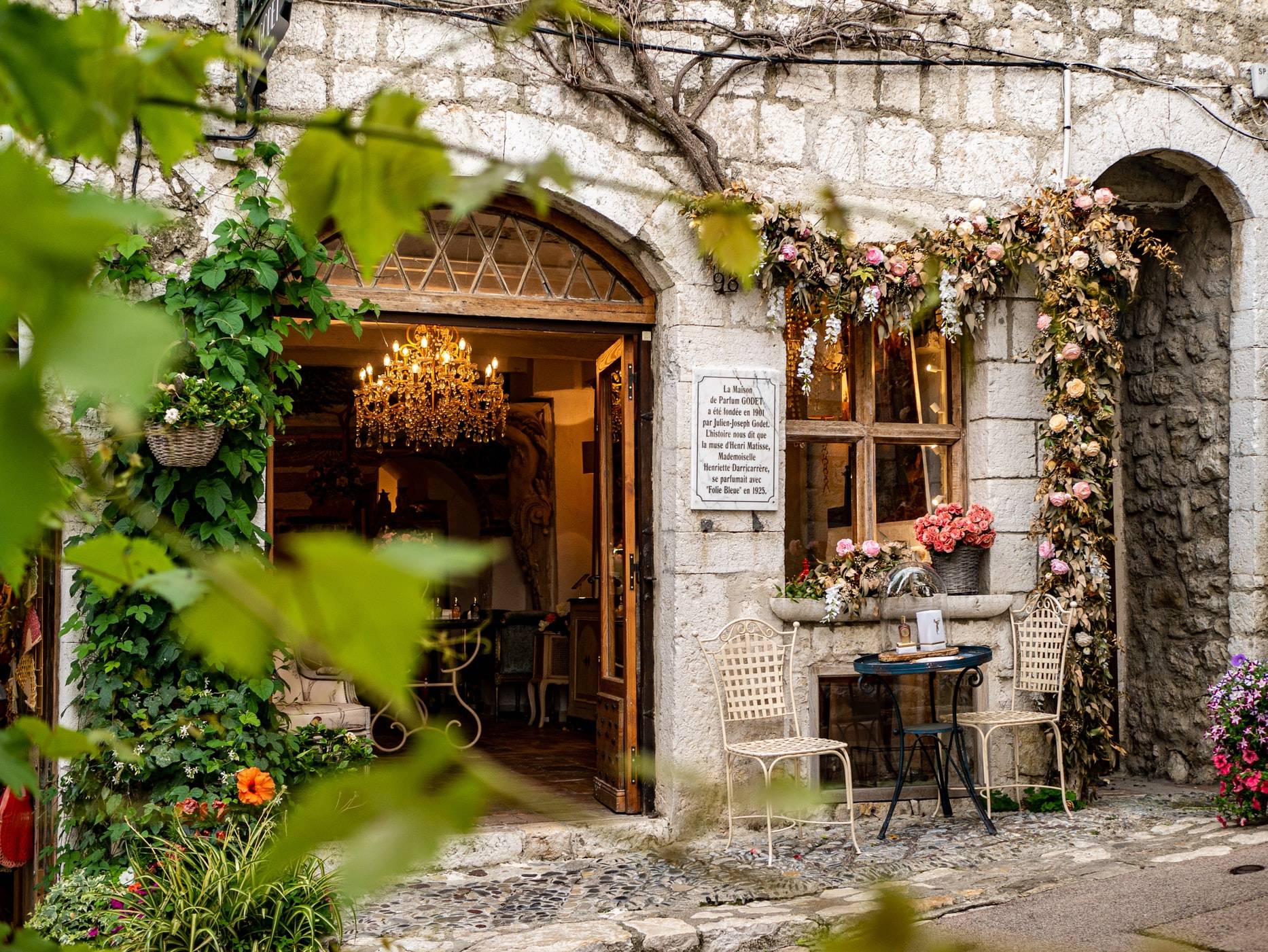 The history of perfume: From antiquity to the Middle Ages.

Long before, in our prehistory, scents had their hours of glory: the odorous power of plants was indeed perfectly known to game hunters in those remote times. Not only did they integrate them into their food for their survival but also induce them into their bodies to better trap their prey. A terracotta pot dating from the 7th century BC and cuneiform tablets dating from the 4th century BC. JC. attest that the Sumerians of Mesopotamia were already trading in "perfumes"

Many thanks to ancient Egypt who knew how to give a place of choice to perfume! The jars found in Tutankhamun's tomb and scented with Cleopatra's rose baths would not say otherwise. Frankincense and resins such as benzoin and myrrh were then ubiquitous in religious rites. The preparations concocted within the Temples, we owe them to the priests and the monks, real apprentice perfumers (and a little sorcerers) for all these essences, “with the divine spirit”. In their memory, a formula, “the famous Kuphi” , the twice good perfume, remains engraved for eternity on the walls of the Temple of Edjou.

In the wake of the Egyptians, the Greeks made great use of perfumes and incense in particular. Beyond religious rites and divisions, they made perfume a symbol of beauty and seduction. Myths about the divine origins of fragrant plants multiplied and wouldn't the nymph Myrciné then have given her name to today's myrtle? The development of Trading Posts in the Near East from the 7th century BC. JC., the oriental conquests of Alexander the Great gave considerable assets to enrich themselves on a large scale with spices with saffron and cinnamon, balms with bejoin and incense with myrrh.

The perfume will finally change capital after the annexation of Greece by the Roman Empire, It will be Rome with all its sensory excess which will go as far as debauchery. The price of flowers and spices will then exceed the price of gold! Scented oils will long be the queens of banquets and festive evenings. In the perfumers' quarter near the Via Sacra, the wealthiest Roman women “took up the scent” of the latest news from the Empire.

Unfortunately, this will be the diet for perfumes with the advent of Christianity in Europe and the austerity of morals that accompanied it. From the Middle Ages to the Renaissance, between the 10th and 15th centuries, plants will be used for their therapeutic and disinfectant properties in the face of epidemics and perfume will therefore act as a doctor and only as a doctor. Borage, savory and other St. John's wort will burn with all their leaves for better air purification and disease prevention, but little more (for the record, the Great Black Death of 1341 will decimate ¾ of Europe!).

Water will always be the sworn enemy at this time, wrongly accused of loosening the pores of the skin and increasing the risk of infection. Aromatic ointments will then flourish in the same way as pomanders, these funny apples with their chain and their ball (in gold or silver for the nobles) which contained amber or animal musks for the richest, simple herbs or vulgar vinegar for the poorest.

Small scrubland shrub, with its dozens and dozens of varieties with flowers of a more or less intense blue but just as white or pink, rosemary will make its own with its aromatic and medicinal properties: the first concoctions of water rosemary date back to the 2nd century and today we still have Hungarian water, considered as a perfume or as an eau de toilette. Originally, this alcoholic preparation of rosemary benefited from a revolutionary process for the time (distillation), brought back from Arab countries by the Crusaders and developed by Avicenna and was specially imagined in 1370 for the Queen of Hungary, Elisabeth of Poland, wife of the King of Poland, Charles Robert of Hungary. The queen will use and abuse this famous Hungarian Water extensively, both internally and externally. The legend will therefore take care of the rest: cosmetic as well as medicinal, could this water be at the origin of the great beauty of this queen, a beauty that will persist throughout her life, to the point of having asked 72 years in marriage a young prince of Poland? Unless it's the other way around! Anyway, the formula will survive and continue to be marketed by the perfumer Fragonard.

At YESforLOV, we have used rosemary oil in the formulation of all our massage oils.

Perfume at the time of the Renaissance:

Failing hygiene will give the perfume a new impetus. Three countries will emerge clearly: Spain, Italy and France which will very quickly become, under the influence of Arab culture, the main centers of trade and exchanges where apothecaries, spice and herb merchants will circulate their findings. Italy, with the control of Genoa and Venice on Mediterranean trade, will have a good chance of recovering all the possible and unimaginable spices from India and the Middle East at a good price. In France , the marriage of Catherine de Médicis with Henri II in 1533 will not go unnoticed (she will come to the Court with her personal perfumer .. her cooks and her pastry chefs!). The profession of perfumer will then very quickly acquire its letters of nobility and the master glovers-perfumers of this time will forever remain the ancestors of today's perfumers. Grasse will be the European capital of flower and perfume production for decades. Raw materials such as musk, patchouli, vetiver or sandalwood will arrive in France thanks to the Compagnie des Indes, which will ultimately contribute to the development and independence of our perfumery.

The orange tree, and we spoke rather of lemon tree, just like the lemon tree in ancient times, was long sought after for its medicinal benefit. Brought back by the Crusaders who had made Hyères their port of embarkation for the Holy Land, it was to take root in Provence and the essence that perfumers were able to draw from its flower, therefore experienced very good growth. In 1566, one could read in the accounts of Charles IV that “orange trees, palm trees and pepper trees were so numerous around the city that they were like a forest”. For lack of sufficient heat, the culture of the orange tree in our country will remain anecdotal. New scents will emerge: vanilla, cocoa, balsam from Peru, balsam from Tolu, Tonka bean from Brazil, benzoin from Sumatra.

At the Court of Louis XIV (known as the “sweet flower” but not a penny fan of baths!), everything was perfumed: gloves, handkerchiefs, sheets, wigs and rosaries. As for Madame de Trémoille (nicknamed “La Nérola””), she never went out without her orange blossom-scented gloves. Would these “guanti di Neroli” gloves have given their name to the essence of Neroli? Why not?

The renaissance of perfume: From the 18th and 17th centuries.

Century of Lights and Perfumes! The Court of Versailles has become the “Perfumed Court” . More subtle, light and floral fragrances replace the heady fragrances with overly animal notes. Master perfumers open their first boutiques . In Paris, it will be Jean Fargeon, perfumer of Louis XV who will settle in the Cour Carrée of the Louvre. Other big names will follow...To be complete, let's add that the great favorite of this 18th century will however remain eau de Cologne, brought back from Germany by Jean-Paul Féminis. Brought back to life by his little nephew Jean-Marie Farina around 1720, it was a very popular eau at the time, refreshing and invigorating, which any perfumer worthy of the name had to have on the shelf!

Curtain on the Revolution and its halt for the production of perfumes. And make way for the Empire, which will bring perfumery up to date. For Napoleon, it will be his “Imperial Cologne” and for the Empress Joséphine, heavy perfumes based on vanilla, amber and musks. The second half of this century will be a gradual but major turning point for perfumes. Modern perfumery, put on the right track of a booming industrialization and a chemistry that has finished stammering, will then benefit from new extraction techniques. The palette of perfumers will be enriched over the years with creations all more beautiful and more unique than the others...

SOME VERY GREAT FRAGRANCES AMONG MANY OTHERS

2006 Angel or Demon by Givenchy 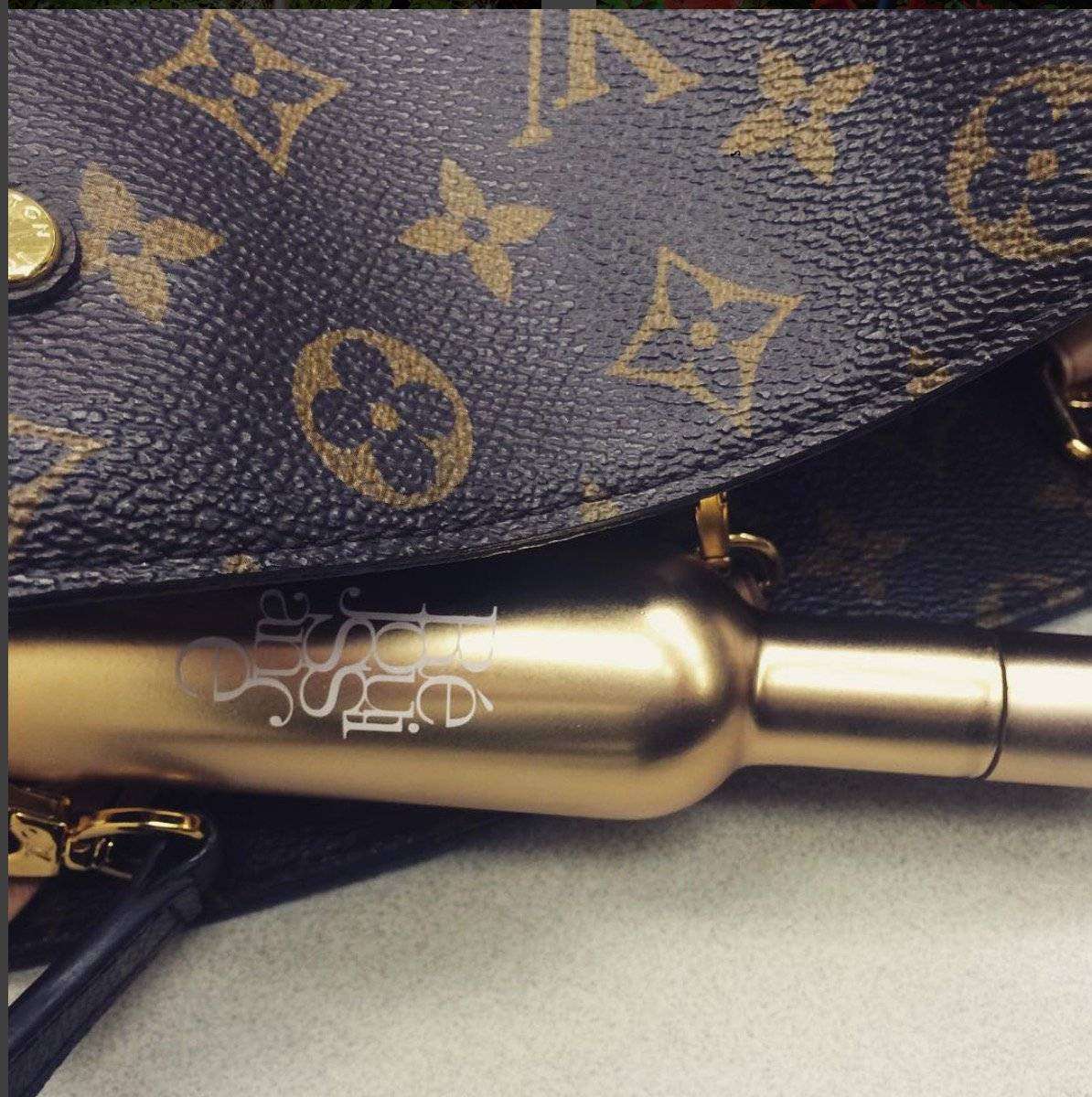 Behind the scenes cannot be closed without making a few cultural nods to this fascinating profession of perfumer, which is almost like magic.

The first nod will go to Patrick Süskind for his novel “Le Parfum” published in 1985 and to director Tom Tykwer for the film adaptation he made of it in 2006. Only one hero in this story: Jean Baptiste Grenouille ( Ben Whishaw on screen), born in the middle of July 1738 under the stall of a fishmonger mother and who will realize in his years of misery that he has an extraordinary sense of smell. Smells will therefore be his passion; Arpet at the perfumer Giuseppe Baldini (Dustin Hoffmann in the film), he will create real olfactory masterpieces all by himself and his boss will not be the last to benefit from his exceptional gift. The story will end badly: intoxicated by his success and in his obsessive search for an ideal fragrance that he would have liked to bottle, Grenouille will cross the red line. Murdering young women to steal their natural scent is not good at all. By the way, in this same story, there are Antoine and Laurence Ricchis! Maybe our Nina's ancestors?

Second wink, for the Canadian film “The Perfumer” by Bashar Shbib, released in 1997. Unclassifiable this director who, tirelessly, reinvented our five senses! He too teases the sense of smell in his own way. Would an impossible-scented orchid be powerful enough to break the very gloomy atmosphere of Edward's shop, the little perfumer, annoyed by the intransigence of Daisy, his imperturbable cashier?

A third wink for all the muses who have played so well as ambassadors of beauty and sensuality in the legendary campaigns of the greatest perfumes: Charlie Thézon, Nathalie Portman, Monica Bellucci, Kristen Stewart, Angélina Jolie, Zhanya Kata, Vanessa Ayent, Alain Delon, Johnny Depp, Mélanie Laurent and many more...

And thunderous applause to Mathilde Bijaoui , perfumer at Mane and creator of the maddening and joyful YESforLOV fragrance , available in massage oil and candle, in linen and linen perfume, in eau de parfum for men and women and even in ambiance perfume. Her passion and her love for the scents of spices earned her the pretty nickname of "Spice Girl" in the world of perfumery. She has, among others, signed creations for other prestigious brands such as Yves Saint Laurent , Roger Gaillet, Jo Malone or Dolce Gabana.

The perfume will always remain in tune with the times, be sure of it and you don't have to be a big nose to know how to use it wisely. Réjouissance offers you the opportunity to set your daily life to music! And do not panic, dear readers, we are completing our history of perfumes with a“special advice for wearing good perfume ” for you and which will be invaluable to you in your choices and in your well-being. !

A PLEASURE FOOD FOR A TOP LIBIDO.