Whatever the eras of romanticism, what are we really talking about if not emotion, feelings, vulnerability, love and the unknown! Buried because of old-fashionedness, romanticism is the purest expression of one's feelings and moods, but it would seem that accepting a share of fragility is nothing less than a capital sin in our time when the admission of the feeling of dependence and weakness can only go against all these liberal injunctions linked to performance. Why risk exposing ourselves to suffering and dependence when we are encouraged to approach love as a product, with increasingly high demands, where bodies are to be consumed without moderation? Is romance dead? Not so sure... he would even be reborn from his ashes because many are the cupids of tomorrow who promise him a second youth with a much more romantic approach to love. The true values ​​of the couple are reinvested, romanticism 2.O wants to be more lucid in the intensity of the moment and no longer necessarily has the same fundamentals as yesterday.

A little historical nod to the birth of romanticism.

On July 4, 1778, at nightfall, a boat transported Jean-Jacques Rousseau 's coffin to the Île des Peupliers for a special night ceremony. A few weeks earlier, Voltaire passed away silently too… Two key and indisputable personalities of our entire literature, disappeared silently. But wasn't the solitary walker in Rousseau's “Rêveries” ultimately the first of our great romantics?

The bloodbath of the 1789 revolution, which devastated bodies and hearts as well as minds in our country, gave birth for decades to a superb generation of new poets, novelists, painters and artists of all kinds.

Romanticism has its roots in the very heart of the Age of Enlightenment , brilliantly led by Madame de Staèl (Germaine Becker in civil status) and François-René de Chateaubriand. From then on, from melancholy to nostalgia, from suffering passions, it was love and romanticism that would be successfully displayed with Victor Hugo and Alfred de Musset as leaders.

The romantic illusions and this state of mind to embellish everything, to adorn the most trivial reality with the fires of the imagination will however be extinguished with Flaubert and “Madame Bovary”, with Stendhal and the “Rouge et le Noir”, with Georges Sand and the “Mare au Diable”, with Emile Zola and his “Rougon-Macquart”.

In the second half of our 18th century, a beginning of French romanticism extinguished the great era of the “Enlightenment”. Born of an intellectual ferment which followed the Revolution, romanticism sent to the devil all those rules of classicism which Shakespeare in England and Goethe in Germany were already denouncing outside of France. It had its heyday in the first half of the 19th century and reached its peak around 1840.

Loved, admired, tossed about on all sides, often outdated, French romanticism has overcome all the tests of time but wants to be in the romances and romantic relationships of today, much more...

The new romanticism of the future “Made in France”...

At the bottom of ourselves, in our hearts and our heads, we still have a hell of a lot of hope for a new romanticism that is showing its nose. Yes, love with a capital A has changed and it is no longer the same as yesterday! It's hard to say that the “Married at First Sight” series carries the same romance as the melodramatic tragedy of Shakespeare's “ Romeo and Juliet ”.

Does true love still exist? Is the blue flower romanticism, a little honeyed according to some, so pathetic in 2021?

There are many reasons that push us to become hearts of stone, impervious to all these feelings, but all this seems to be only of the order of "fear", the fear of being overwhelmed by one's feelings, the fear of failure, fear of rejection, fear of losing control. We are afraid of losing our loved one as we are afraid of losing our job; so by force, we prefer not to try anything and multiply the conquests without getting attached.

Yet these one-night stands only prove satisfying for our narcissism and our ego. And it is in the absence of being loved in reciprocity that we turn to the consumerist of romantic encounters offered by tinder, badoo or even adopteunmec .

To protect themselves from all these disappointments (divorces, separations, love breakups, broken hearts), our youth has acquired a foolproof realism, without sexual and sentimental exclusivity. From now on, we judge ourselves, we recruit ourselves on the CV, we can have a good time and have fun with our "sex friend" , go from love experience to love experience, be free to love whoever you want when you want. The most important thing is not to suffer! 0r, romanticism includes a more global love without concession, intense and most moving.

So yeah, it's easy to sue the internet, blame those dating apps , consumer society, and heart zapping. And it may be much more complicated to accept that we are a little "philophobic" in our spare time. 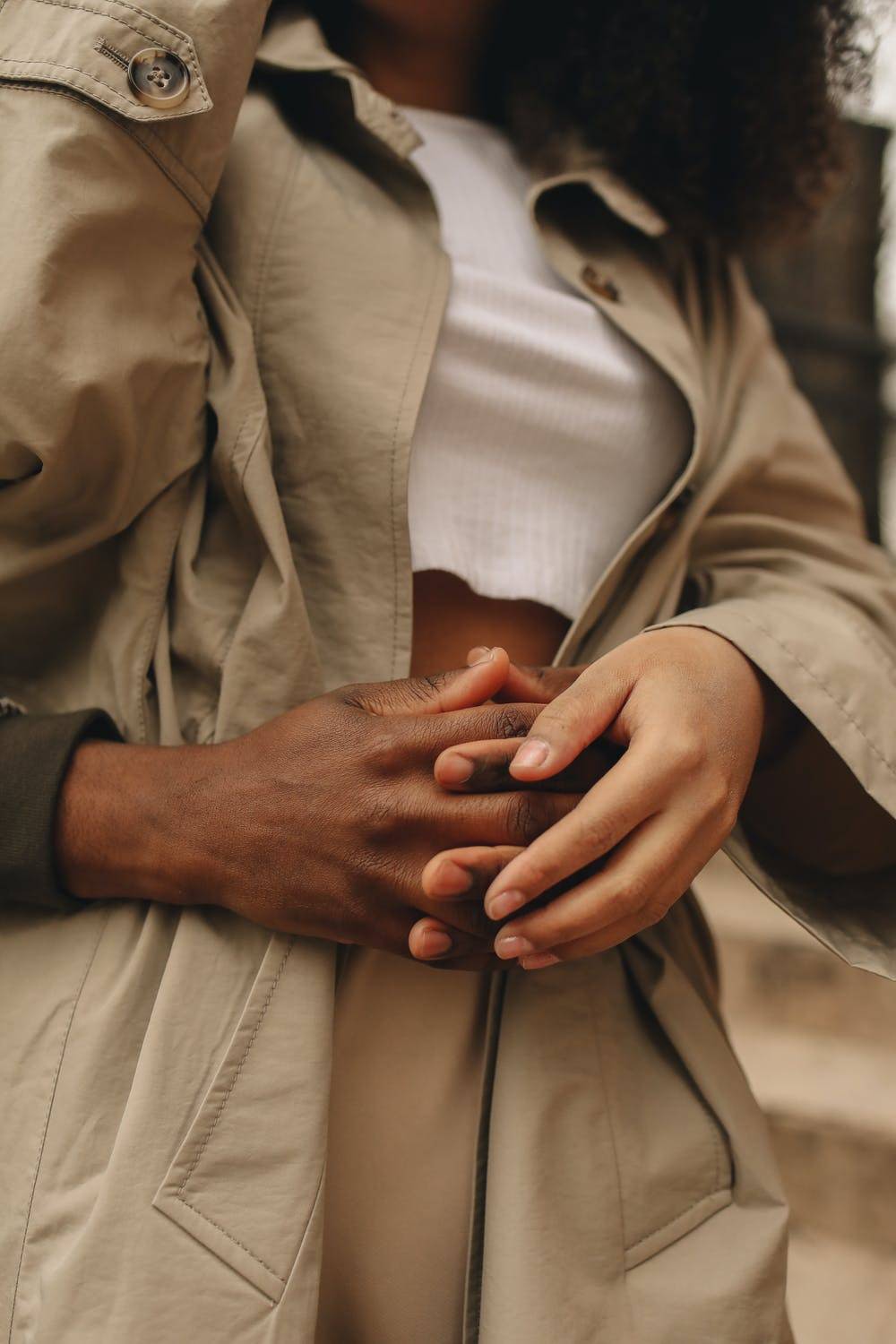 We are a long way from the idealized and exclusive love of the 19th century, but it may be a blessing in disguise. Romanticism “à la française” is reborn differently today and is intended, in the authenticity and spontaneity of feelings , in the exchange and in the moment. He embodies with force and for a long time to come, all these values ​​of individual revolt and passion for the freedom to love and to be loved. He is by no means "old-fashioned" and even if slow seduction seems to be over and love wants to be more rational, we all need a little dream, magic, escape and irrationality to escape the disengagement and love dispersion.

Be caring , attentive, creative, original, spontaneous, tell him how you feel, open up, keep surprising your partner! What could be more pleasant than a sunset, than a moonlit night walk, than a romantic dinner with your better half, than a pretty bouquet of flowers on a table, than a sweet note lovingly written on the bathroom mirror with our invisible ink pen.

A new generation “French-style” romanticism is underway! Our youth needs this romanticism so badly! Very recently, the magazine “Le Time” published a study which claimed that 90% of American teenagers wanted to stay with the same partner all their life.

In France, a recent study by the IFOP also taught us that 30% of people were in need of real encounters . According to a study conducted by Happn and Opinion Way, it is more than one in two French people who declare themselves to be a romantic person and it is more than 41% of women and 32% of men who say they are ready for anything. leave to throw themselves into a new love story.

These figures and this unexpected optimism prove to us once again that romanticism has not said its last word but that it has simply adapted to the reality of its time and to new technologies.

A most romantic YESforLOV evening just for you two, dear readers.

For the two of you, lovers alone in the world, the “salon-saloon” becomes a one-night cabaret. In the dark, soft music escapes from the furrows of the sound system. An early guest and accomplice, the YESforLOV home fragrance diffuser brings its share of mystery with its subdued light and its aphrodisiac fragrance scents. Warm and sensual atmosphere guaranteed with the LOV'space !

As foreplay approaches, the intoxicating massage candle is discreet when the breaths become subject to cut! Extensions galore are to be expected before the fireworks: the YESforLOV candle, which has become such a softening massage oil, is now in your sheets and on your skin.

Love is freedom! So let go lovers. Play hide-and-seek with our satin headband that will take you on adventures you never imagined! It's hot, hot in the saloon and YESforLOV's caressing feather , with its unparalleled softness, is in the right place to give you the best helping hand or nudge, depending on your affinity. .

It's up to you two to take the initiative! Between two impulses, between two desires, listen to the sound system which says that “freedom is a song! So it's up to you to find the author and the title! The sequence of events is up to you….

The French men and women are tough-skinned but always open-hearted: in the inevitable time of social networks and all-out excitement over dating apps that inexorably and without qualms weave their web in the sheets of most fearful lovers. Romantic love in its modernity has not changed sides, it is there in our hearts and we are ready to vibrate, to throb as its half approaches, for a moment, a night or for eternity.

THE “FRENCH KISS”, THE NUMBER ONE OF LOVE'S KISS.